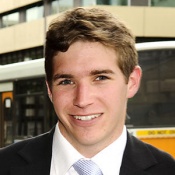 “Under the new planning rules in Draft Variation 343, dual occupancy will be allowed on Mr Fluffy blocks between 700 and 800 square metres. This creates an inconsistent planning system,” Alistair said.

“The Mr Fluffy blocks could also be unit-titled and sold separately, something that is not allowed anywhere else. The plot ratio for these blocks will also be increased from one-third to up to 50 percent of the block being covered.

“The government has purchased these blocks from homeowners who have worked hard and saved to buy and maintain them. Now they are changing the planning rules so that the government can profit from these blocks.

“Planning rules should be consistent for all blocks. There is no planning rationale for one block being treated differently to the same size block next door.

“The government has not offered any justification for this change apart from wanting to make money from the blocks.

“Certainty and consistency are vital in a good planning system but the Barr government has yet again put its own interests above good planning,” Mr Coe concluded.

Michelle Grattan - August 10, 2020
0
The pandemic had “starkly exposed” the flaws in the sector that had been highlighted during the royal commission, writes political columnist MICHELLE GRATTAN.