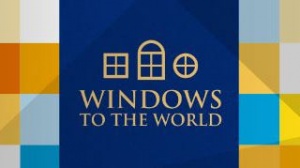 CANBERRA’S Embassies and High Commissions will open their doors tomorrow at the beginning of the month-long Windows to the World celebration.

Visitors will be able immerse themselves in an international collection of cultures and cuisines with some of the highlights of this opening Saturday including:

Windows to the World has already proven hugely popular, with most of the events requiring bookings for the first weekend almost sold out. Visitors still wanting a behind the scenes experience will need to hurry as there are only a few places still available for the activities on 19 September and during weeks two, three and four.

The full program for Windows to the World can be found at: events.act.gov.au

ACTION will operate a free chartered bus services between 9.00 am to 4.15 pm departing from Platform 10 in City Bus Station, every half hour, servicing Floriade, Albert Hall/Treasury, and temporary bus stops in Yarralumla.

A Park and Ride will also be available for visitors from the Treasury car park on 19 September using the free loop service stop at Commonwealth Avenue, Albert Hall (stop ID 2247).

Street parking in Yarralumla will be very limited and there will be no parking on one side of Empire Circuit. Visitors are urged to take the free ACTION bus service or to use active transport alternatives like walking or cycling.