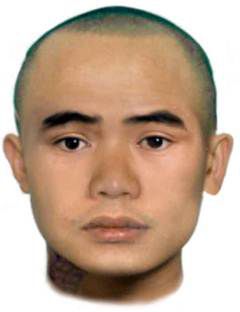 ACT Policing has released a facefit image of a person of interest in the investigation of two shooting incidents last month in Chisholm and Gordon.

Both shootings occurred during the early hours of Sunday, February 8. The first incident occurred around 1.45am when a resident in Nina Jones Crescent, Chisholm, heard a noise but did not go outside to investigate. Later that morning the resident reported damage to his car and police attended, identifying seven bullet holes in the car.

The second incident occurred about 3.30am, when police attended a unit complex on Kellick Place, Gordon, after someone reported hearing possible gunfire. Police later identified bullet holes in a car and driveway of the residence.

Witnesses provided police with a description of the man, now considered a person of interest in the investigation of both shooting incidents. The man is described as being between 25 to 30 years of age, of a slim and fit build, with a shaved head and olive skin and being heavily tattooed.

Police have also identified a vehicle of interest, following the review of CCTV in the Chisholm area. The vehicle is a black Holden Astra hatchback with ACT plates.

Police are urging anyone who could identify the person of interest or may have information regarding the vehicle of interest to contact Crime Stoppers on 1800 333 000, or via act.crimestoppers.com.au. Information can be provided anonymously. Police remind people they should not report crime information via their Facebook and Twitter pages.