AUSTRALIA’S prime ministers are meeting in Parliament House for the first time — in a manner of speaking.

Even as the Museum of Australian Democracy at old Parliament House tries to figure out what to hang on its now-blank walls, the Department of Parliamentary Services is rejoicing that the existing official portraits of former PMs from the Historic Memorials Collection have at last been reunited in the House on the Hill.

The Memorials Collection, it turns out, is the longest-running art commissioning program in Australia. Founded by former Prime Minister Andrew Fisher in 1911, the collection is guided by the Historic Memorials Committee, a bipartisan committee chaired by the PM of the day and comprising a number of parliamentary officeholders, who commission official portraits of the Heads of State, Governors-General, Prime Ministers, and Presidents of the Senate and Speakers of the House of Representatives.

Early prime ministerial portraits were often large in scale and sombre in tone but in recent years they have tended to become less formal and not all come from a commissioning process. The portrait of the late Prime Minister Gough Whitlam, painted by his friend Clifton Pugh, won the Archibald Prize in 1972 and was subsequently purchased by the Committee at Whitlam’s request.

All 25 completed portraits of Australian Prime Ministers are displayed, most in a chronological order in Members’ Hall, with large-scale portraits on display on level 2 of the Main Committee Room Foyer.

As for portraits of the most recent PMs, you’ll have to be patient. Commissions are generally completed within three to five years of a Prime Minister leaving office. The length of time to complete a portrait varies considerably between commissions and depends on the availability of the artist selected by the sitter.

The National Portrait Gallery of Australia then provides the Parliament with advice on the suitability of the chosen artists, all of whom must be Australian.

And yes, it is quite true that some PMs didn’t like their portraits.

Portraits of Australian Prime Ministers from the Historic Memorials Collection, viewable by the public in Parliament House, 9am-5pm daily. 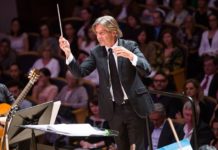