WE’RE lucky in Canberra. You’d have to pay quite a lot to hear these famous young singers in other cities, but the Embassy of the Czech Republic, in cooperation with the Czech & Slovak Club Beseda, is staging a FREE concert by the Czech Philharmonic Children’s Choir tomorrow. 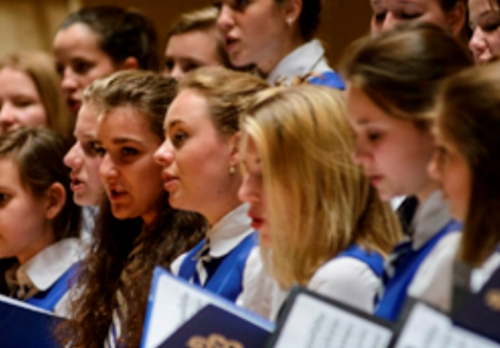 The Choir was founded in 1932 by Jan Kühn, a distinguished singer, director and choirmaster. Originally founded for the needs of the Czech Radio in Prague, the choir later became part of the Czech Philharmonic, and remained so for forty years.

Among the choir’s greatest achievements are appearances at La Scala, Milan, Carnegie Hall in New York, the Tchaikovsky Hall of the Moscow Conservatoire, the Bregenzer Festspiele and elsewhere. The Czech Philharmonic Children’s Choir has also emerged victorious in a number of international choir competitions (Paris, Princeton, Wuppertal, Tolosa, Arezzo) including a world record three wins at the competition at Tolos in Spain.

During its existence, the choir has recorded over 50 CDs of both Czech and international music. Its more talented children have grown into distinguished musicians – conductors, directors, composers, singers and instrumentalists and not only in the Czech Republic but throughout Europe.

The choir currently has over 600 members (they won’t all be here) , making it the largest choir in the Czech Republic.