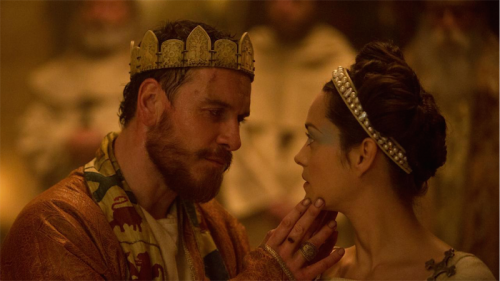 IN my late teens, I carried a spear in a Brisbane production of Shakespeare’s Scottish play. Within five years, the young men who played Macbeth and Macduff were both dead. Superstition is alive, well and perhaps a tad scary!

I mourn the omissions – the comicality of “husband’s to Aleppo gone”, “nose painting, sleep and urine”, “rump-fed ronyon”, the angry despair of Lady Macbeth’s plucking of her nipple from her child’s toothless gums.

Marion Cotillard’s portrayal of Lady Macbeth takes no harm from her slight residual French accent and Elizabeth Debicki is a poignant Lady Macduff tied to a stake with her children waiting for Macbeth to light their pyre.

Kurzel’s sombre lighting of the action matches the drama. The Isle of Skye provides bleak exteriors.

You’d never call the play a bundle of laughs, but you must remember it was written for an audience clamouring for blood and death. Its modern audience is less easy to categorise.

Helen Musa - April 14, 2021
0
When it comes to planning an international music festival for Canberra, artistic director Roland Peelman wants to have his Sachertorte and eat it.