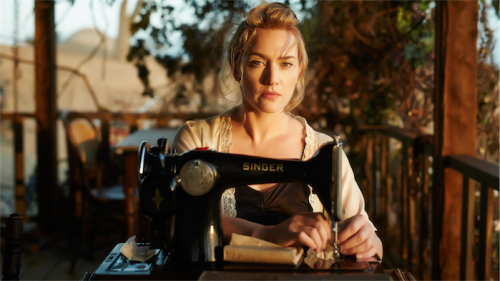 A WHOLE generation is probably unaware of American comic-strip genius Al Capp and Dogpatch, the dirt-poor community where Li’l Abner and Daisy Mae live among the misfits with whom Capp satirised just about every cherished American social and political institution until his death in 1979.

Adapted from Rosalie Ham’s novel by PJ Hogan and director Jocelyn Moorhouse, “The Dressmaker” unfolds in Dungatar, a dilapidated collection of timber houses all needing at least a good lick of paint, Dogpatch, Aussie style.

In the 1950s, Myrtle “Tilly” Dunnage returns there after learning her craft in Europe. Tilly has two purposes – to clear her reputation as a child murderess and to try to reconnect with her mother, Molly. And from that beginning, it’s heigh-ho and away we go in a dissection of village life to reveal its good, less good and downright vile qualities.

A whole generation hasn’t seen Michelangelo Antonioni’s “Zabriskie Point”, released in 1970 to a cool critical reception from which it recovered to achieve cult status. Antonioni spent big dollars building a replica of a luxury house in Death Valley then blew it up in slow motion, nearly sending MGM broke! The set built for “The Dressmaker” has a similar kind of ending. Great stuff.