THE BBC First British Film Festival is back in town, opening tonight and running until November 18 with a smashing line-up of 31 movies. 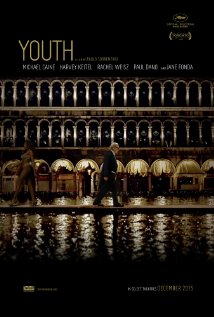 “The Man Who Knew Infinity” closes the festival. It’s about the life of mathematical genius Srinivasa Ramanujan, (played by ‘Slumdog Millionaire’ star Dev Patel) the subject of many legendary tales about his discussions with Cambridge mathematician G.H Hardy, played by Jeremy Irons.

“Spooks: The Greater Good” sees a BBC favourite take to the big screen, while the biopic “The Program” takes on the controversy surrounding cyclist Lance Armstrong, with Chris O’Dowd as Irish sports journalist David Walsh.

Other highlights include Andrew Haigh’s “45 Years” with Charlotte Rampling and Tom Courtenay as a married couple thrown into turmoil, “Brooklyn”, based on the novel by British story-teller Nick Hornby (An Education), and the winner of the World Cinema Documentary Audience Award at Sundance, “Dark Horse: The Incredible True Story of Dream Alliance”, a true story capturing the rise and fall of Welsh racing glory.

“Inspirational and courageous women” are as the heart of this year’s event, with Werner Herzog’s “Queen of the Desert” bringing Nicole Kidman on-screen as traveller, writer, archaeologist and political attaché for the British Secret Service, Nicole Kidman, Sarah Gavron’s “Suffragette” featuring Carey Mulligan, Helena Bonham Carter and Meryl Streep, and “Dare to be Wild” telling the real-life story of Irish heroine Mary Reynolds.

Australian director Andrew Lancaster uncovers the story of his great uncle, British Captain Bill Lancaster while “Kajaki: Kilo Two Bravo”, based on a harrowing in the Afghanistan conflict.