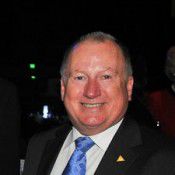 MICK Gentleman is asking the community to comment on changes to the Territory Plan implementing recommendations of the Weston group centre and the Oaks Estate master plans.

“Territory Plan draft variations DV329 (Weston group centre) and DV328 (Oaks Estate), have been released for comment following the publication of the master plans in December 2014, and pave the way for economic stimulus of these areas while protecting their character,” Mick said.

“DV329 allows for the much anticipated growth in and around the group centre and provides for greater certainty about Weston’s role as an important southern centre.”

DV329 proposes to rezone an area of urban open space at the corner of Brierly Street and Parkinson Street to community facility zone, and to extend the commercial core zone to the east of the centre to allow future expansion of the centre.

“The variation also amends the Weston Precinct Map and Code to introduce new provisions to control the built form within the centre, including building heights.”

DV328 aims to protect the existing character of Oaks Estate by making amendments to the precinct map and code that limit building heights in the residential area, limit the area that can be taken up by buildings and introduce setbacks to protect the heritage character of Robertson House.