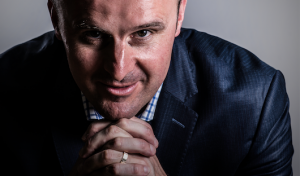 ANDREW Barr says the wider benefits of investment in a city-wide light rail network for Canberra was on show today with the sale of a 30,000 square metre block on the light rail corridor for $40 million to local company Art Projects.

“People right along the stage one corridor are making significant investment decisions based on the arrival of a reliable public transport system,” Andrew said.

“This is seeing major renewal of Northbourne Avenue – delivering the city gateway that the national capital deserves.

“The sale today is further evidence that light rail acts as both a public transport and city building project for Canberra. The reckless position of the Canberra Liberals to rip up light rail contracts signed in good faith will not only cost Canberrans $300 million with nothing but a Sydney-style traffic jam to show for it, it will also hurt thousands of Canberrans who have made big life decisions to invest in property along the stage one corridor.

“The ACT Government will announce the route for stage 2 of the light rail network soon, delivering better public transport and further economic development to other parts of the city as we grow the network.

“Dickson on Northbourne is set for a combination of retail, commercial and residential development. Four registered bidders participated in the auction for the prime land, which is a short walk from the fast-growing Dickson shopping, dining and entertainment precinct and boasts 500m of Northbourne Avenue frontage that faces onto the light rail corridor.

“Dickson on Northbourne, along with future government land releases and the private development of more sites along Northbourne Avenue, will allow even more people to live, work and play close to schools, businesses, first-class amenities and world-class public transport.

“Dickson on Northbourne consists of three previously ACT Government owned blocks that were sold as part of the Commonwealth Government’s Asset Recycling Initiative. Through the sale of this site, and other surplus government infrastructure, the ACT Government is set to receive $67 million dollars from the Federal Government towards stage one of Canberra’s light rail network.

“The heritage aspects of several heritage listed former public housing buildings on the site will be incorporated into future development.”

CityNews - July 10, 2020
0
Health facilities, including hospitals, across the ACT will return to tighter visitor restrictions of one visitor per patient, per day, next week.