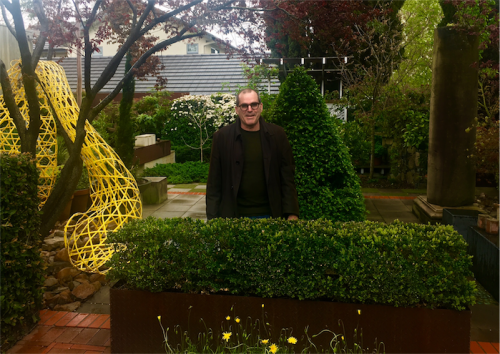 MUCH-awarded Brisbane artist Archie Moore is planning an installation of 700 edible yam daisies sourced from Greening Australia as his contribution to the upcoming “Contour 556: Interventions in the Landscape” sculpture festival.

Moore, who is known for tackling issues related to Aboriginal identity, has selected 20 encyclopedias to be partly buried alongside the daisies, packed into one-metre-square boxes, in Bowen Pace in a symbolic gesture.

“The yam daisy represents a point where Western science and indigenous knowledge came into contact,” says summit director and Canberra landscape architect Neil Hobbs. “[to the Europeans] the yam daisy was just a field of flowers and not a crop.”

Setting foot in the Parliamentary Triangle and the Kingston Arts Precinct on October 21, the new event is the first major sculpture festival seen in Canberra since the late, lamented Canberra National Sculpture Forum of the mid-’90s. 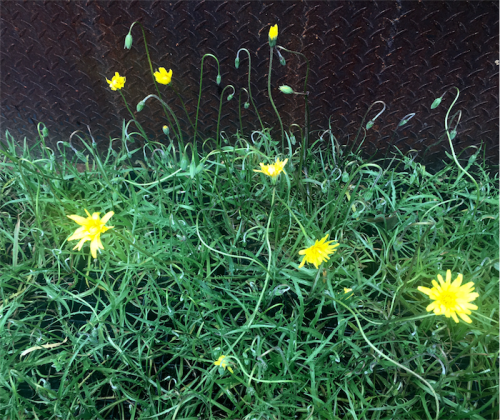 “CityNews” recently caught up with Hobbs at his Deakin studio/offices for a talk-through of the event, which will see around 35 Canberra sculptors, a dozen from interstate and two from overseas joining a celebration of site-specific art.

Hobbs points out the crates of light tubes and scaffold clamps from Germany for Bonn artist Christoph Dahlhausen’s installation on the Fitters Workshop’s northern facade. “More Light” will be the topic of his artist’s talk.

It’s a who’s who of Canberra’s sculpture, with names such as Michael le Grand, Wendy Teakel, Suzie Bleach and Andy Townsend, Katy Mutton and Philip Spelman on the list.

Canberra artist Haeli Van Veen, he says, has created Canberra’s answer to the Bunyip in a mythical beast called “Committee Meeting” to emerge from the lake.

Hobbs has been an art collector from way back. Rather than footy on weekends, his father took him around Sydney galleries, so he was hooked at an early age.

Rejoicing in the promise of spring, Hobbs hopes his festival will be more than a pleasant frolic around the lake, with performances enhancing the event. David Capra and Teena the Dachshund will perform “Eau De Wet Dogge”, while A Chorus of Women will perform songs and dances on-site at the Bourdelle “Penelope” bronze in the NGA Sculpture Garden.

He’s managed to get grants from the ACT government, the Australia Council and private sources such as ActewAGL, Tactify, the Doma Group and Canberra Airport, which is providing an acquisitive sculpture prize of $30,000.

Hobbs laments the buying habits of Canberrans who, although they have a relatively high disposable income, simply don’t spend on art, seeing the creation of “a city of sculpture” as the job of government.

And yet, as he says, there is no reason why they couldn’t be buying sculptures even if, like him, they’ve run out of wall space for painting. “There’s always somewhere,” he says of sculpture.