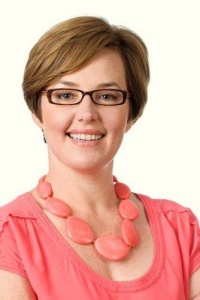 MEEGAN Fitzharris says works will start today on the $24.6 million duplication of Ashley Drive with the first stage of works involving construction of a noise wall and pedestrian bridge.

“When consultation on the Ashley Drive duplication project was held in late 2014, the local community wanted to see a noise wall constructed before the duplication got underway,” Meegan said.

“We had a period of consultation on the Ashley Drive project, with community input incorporated into the final plans for the upgrade.

“One of the most common themes in the feedback was the provision of a noise wall. In response to this feedback, a noise wall will be the first feature built to mitigate noise during construction as well as traffic noise when the upgraded road is operational.

“The ACT Government has allocated $800,000 for the noise wall which will run along the eastern side of the corridor between Statton Street and Isabella Drive.

“I am pleased to announce that Simeonov Civil Engineering (ACT) Pty Ltd was successful in winning the contract to construct the noise wall, which is expected to be completed in mid-2016.

“Another common piece of feedback we received was to construct a pedestrian bridge over Monks Creek, which was included in the final designs.

“The $1.1 million pedestrian bridge will provide a connection between Richardson and Isabella Plains, linking residents with key public transport routes and the active travel network north of Monks Creek.

“The tenders for the construction of the Monks Creek pedestrian bridge are currently being evaluated and a contractor is expected to be appointed in coming weeks.

“An open tender process for the major construction works to duplicate Ashley Drive between Erindale Drive and Ellerston Avenue will also be advertised in coming weeks.

“The upgrade will cater to all modes of transport, with north and southbound on-road cycle lanes, additional footpaths to link with existing off-road paths and the duplication of existing underpasses near Statton Street and Bugden Avenue.

“This is another investment in our plan to build an integrated transport network with better roads, an integrated public transport system and active travel connections,” Minister Fitzharris concluded.

Andrew Mathieson - May 12, 2021
0
Caught up in the cloud of the postponed Tokyo Olympics, the Australian Institute of Sport is cashed up for another Games campaign ahead of Paris 2024.