Home Lifestyle Canberra Confidential Canberra Confidential / Smiley-face politics
Share Canberra's trusted news:
Facebook
Twitter
Pinterest
WhatsApp
NO one can accuse Labor candidate for Ginninderra Kim Fischer of not being unrelenting in her quest to claim a seat in the expanded Legislative Assembly in October. 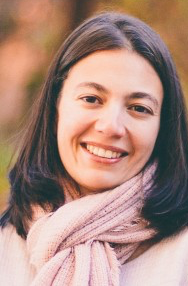 Since February, she has personally door knocked about 7000 houses in her Belconnen electorate, terrorised the government with hundreds of residents’ issues and had more than 100 mobile offices.

But the door knocking is not without its science. After asking for their first preference, the irrepressible candidate Kim returns to the footpath and assigns a smiley-face rating to the householder’s response. She hasn’t counted them yet, but says she’s accumulating a big share of smiles, to which she’d like to add her own on polling day.

Lopping fails to give problem the chop

IN May, Chisholm pensioner and part-time Santa John Wright wrote to “CityNews” bemoaning no municipal action after six years of complaining about the danger of a large and dangerous “monster” tree next door that was looming over his home.

As if by magic, John writes to say, a government contractor has come along and lopped it, but not removed the menace of it nor the prospect of the continuing nuisance and considerable cost it causes by blocking gutters.

“The danger of it toppling into the house to cause very considerable damage is what they want,” he laments.

“However, we can chop it down if we are willing to pay for it. It would cost about $6000, money the government cannot afford, of course, but pensioners apparently can.

“No ACT politician has ever visited to see the tree, nor has any public servant making these decisions. There’s no way I can vote for any sitting member.”

The dudes were done

THE other night, while walking through a fairly dark and quiet part of Glebe Park, our inner-city snout Evan Buckley saw four dodgy-looking dudes loitering in their activewear.

Diverting his path around them, they suddenly started walking towards him calling out: “Excuse me! Oi, excuse me!”

“You’re excused”, Evan boldly replied and kept walking from them.

“Oi, mate! We’re trying to roll ya, but you keep walking away!” one of the lazy bandits complained.

“Well, come back then,” the would-be antagonist pleaded.

Evan walked from the park.

He says the moral of the story is: “Save the joint for after you’re done mugging.”

“JOHN Order, member of the ACT Legislative Assembly and part-time sleuth was drawn into the young girl’s death by an unusual source but soon found himself, with an election looming,

facing an aggressive policeman and a self-seeking political party member.”

Remind you of anyone? Given the shenanigans around the sudden departure of veteran MLA Brendan Smyth, anything is possible in Canberra politics.

But no, John Order is a fictional creation of former Legislative Assembly Speaker Greg Cornwell, who has written three, novella-length crime ebooks. The latest, previewed above, is “Order and the Abandoned Body” and available at Apple iBook, Amazon Kindle and other e-book platforms.

EVEN before Robert Macklin’s biography of Hamilton Hume is published, there were rumblings about renaming the Murray River the Hume, so called by its first white discoverer during his epic trek from Sydney to Port Phillip in honour of his father, Andrew Hamilton Hume.

It was later named the Murray by Hume’s friend Charles Sturt, who came upon it further downstream and called it after the utterly undistinguished colonial secretary George Murray, by then retired to his Scottish estate to shoot grouse and tend his gout.

And, says Macklin, if not the Hume then surely the Aboriginal “Millewa”.

“The mighty stream certainly deserves better than to carry the tag of an eminently forgettable Colonel Blimp,” he says.