“A RE-ELECTED Labor government will make our suburban streets and paths even better so it’s easier for children to walk or cycle to school, and for older Canberrans to move safely between their home and the local shops.”

Hilarious. Those wags writing this blah-blah from deep in the Labor election bunker obviously haven’t shambled past this “age-friendly” piece of extremely neglected and dangerous pavement awaiting Labor’s magic of being made “even better” in Hampton Circuit, Yarralumla.

And the contrast with probably the worst public footpath in Canberra and the newly-completed, art form, Constitution Avenue pavementing abutting the pedestrian wasteland that is Vernon Circle, couldn’t be starker.

Trapped in a cabling knot

HERE’S how little people grappling with big problems bang their heads against an unhearing ACT government and other politicians.

“I have written to the Chief Minister and other politicians but nothing,” writes a fretful householder, who is in the middle of a nightmare not of their making.

“No one, it seems, wants to help us at this time. I wish to retire, but until I know what the legal cost is going to be, I am unable to do so. I cannot sell as I would have to disclose the problem.”

So, what’s the problem that the pollies are ignoring and ACT Fair Trading is getting nowhere with?

The Australian Competition and Consumer Commission issued a scathing report last year on the safety of Infinity Electrical Cabling, which has been used in many homes in the ACT.

On its website it is blunt: “There is faulty electrical cabling in thousands of Australian homes and businesses. Time is running out before the cables become a fire or electrocution risk. Act now before it’s too late – get your cable checked.”

The householder, from Gungahlin, lives in an affected unit complex, but the developer/builder refuses to do anything about it, threatening to declare bankruptcy if he is pursued.

“He and his electrician will not respond to any correspondence,” says the householder, who wants to remain anonymous.

So, ACT Fair Trading writes, but won’t share a copy of the letter they sent to the builder. Fair Trading also turned up at the complex’s body corporate meeting in March, but no progress has been reported since then.

Pitiful, really, but if any Yerrabi politician (or any politician, really, the problem is all over town) wants to go in to bat for our troubled constituent, we’ll put you in touch.

ANYONE else wondering why the Tuggeranong Parkway has enjoyed $1.9 million of Federal funding to install kilometres of handsome, new kangaroo-proof fencing but, says one of our snouts-in-the-know, is not even listed in the 15 top black spots in the ACT.

Meanwhile, the unprotected ‘roo-strewn Monaro Highway has been scraping its way towards removing 100 dead kangaroos since July 1 on the highway between Cooma and the ACT border.

The Insurance Australia Group says there were 916 animal collisions in the ACT last year with kangaroos accounting for 825 of them. 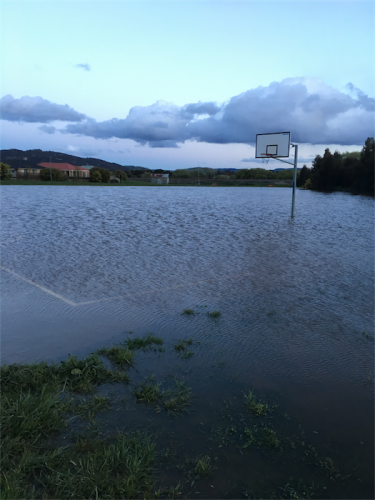 LOOKS like basketball has become an aquatic sport in Bungendore after the downpour of  rain last week. A local snout sent a snap of the town’s bloated Elmslea ponds and the sunken basketball court.

CityNews - May 5, 2021
0
Sixty-four per cent of Australian adults believe the vaccine roll out is not being handled well, according to a new study from the ANU Centre for Social Research and Methods.