HIGH-end fashion show, Fashfest, is set to roll out the red carpet for its fourth year, having moved from chilly May to early spring to enable designers to launch spring/summer collections in time for the new season.

This year, the event has also changed its format, winding back to three nights but upping to six shows, two a night at the Canberra Convention Centre.

It will showcase not just local and independent designers, but interstate and overseas ones and, for the first time, include big-name labels retailing out of major shopping centres, such as Country Road, Cue and Saba.

“Local designers will always be in focus, but to keep the show growing, we need to expand our horizons, for guests who come every year who want to see new labels and designers and want to experience showcasing with new labels,” says Fashfest CEO Clint Hutchinson.

“Canberra only has a finite number of fashion designers.”

Fashfest 2016 is promising its biggest show with more than 40 designers launching new collections, including two from NZ – Melanie Child and A’au Elei – and one from Mumbai, Vitamin by Sonalika.

Many well-established Canberra designers are back, including Karen Lee, Sovata, Zilpah tart and Braddon Tailors. Several local designers who had a break from the event are re-appearing, including Edition, Hunter the Label and Pure Pod.

This year, Fashfest has attracted several regional labels, including Charly Thorn from Cooma. At just 17 years of age, Charly is the event’s youngest designer. One of her garments will be worn by former international supermodel Anneliese Seubert, who is originally from Cooma but who now calls Canberra home.

Beyond fashion, the event focuses on showcasing the work of Canberra musicians, filmmakers as well as hair and make-up artists. This year, a record-number of 25 DJs and live musicians will play original tunes. Each fashion show incorporates an original film, with six filmmakers having directed a film that promises to make guests think of Canberra in a new light. 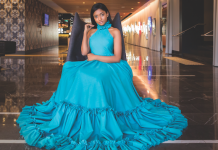 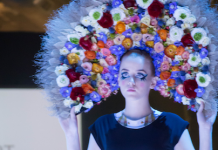 Fashfest/ night 2 on the catwalk 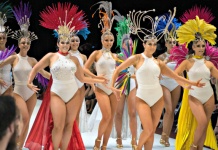 Danielle Nohra - August 12, 2020
13
SEVENTY household representatives from the upper part of Goyder Street, Narrabundah, have signed a petition calling on the ACT government to take urgent steps to fix the street’s traffic issues.