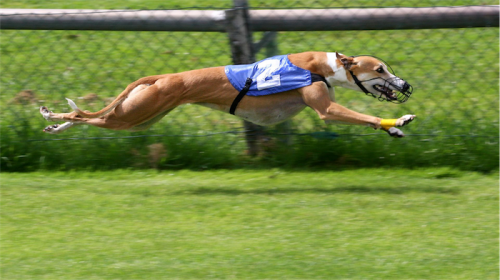 IF ever a sport in Canberra was at a crossroads, it’s greyhound racing.

The ACT government has stopped short of banning it, but has reiterated that its annual $1 million to the Canberra Greyhound Racing Club will be withdrawn.

Without the funding, it’s fair to say the club would struggle to exist and there is a perception that the government doesn’t need to ban the sport in Canberra because it would die a natural death through lack of funds.

It’s worth having a look at the history of the sport and why the decision was made in the first place.

The NSW government moved to ban the industry in the wake of the “Four Corners” report. As a result, the ACT government then released a statement saying there was no future for the sport in Canberra, stating it would stop paying the annual $1 million to the club.

The Canberra Greyhound Racing Club estimates that up to $100 million is bet on the club’s two meetings each week. On Sunday, about $50 million is bet, while on the Wednesday meet it’s $40 million. Given that gambling also takes place offshore it is hard to provide an exact figure.

However, it’s worth noting that the gambling aspect hasn’t been raised as a major issue in the debate.

The government has been providing the club with $1 million a year as part of the share of funding to the racing industry in Canberra. As I understand it, there is an $8 million pool with 75 per cent going to thoroughbred racing and 12.5 per cent going each to greyhounds and harness racing.

The argument for withdrawing the funding to greyhound racing focuses on welfare issues with 80 per cent of the dogs racing in Canberra coming from NSW.

In researching this column, I have found no instances of abuse of greyhounds by any trainers in Canberra.

In chasing up what the money is used for, the club says it is used for maintenance of the track, animal welfare, swabbing and integrity.

If the club is able to continue without the government funding, does the track become unsafe, does integrity suffer and what happens to dog welfare?

There is the possibility that the club will continue if NSW rationalises its tracks and meetings. Will that result in even more NSW dogs racing in Canberra with even more meetings?

Opponents of sport have spoken out about issues ranging from dog welfare to the reasoning behind the government providing funding to a sport that has gambling as its basis. There has also been the problem of over-breeding with the culling of dogs deemed to be slow.

If the government funding is cut, the question I have is: If the industry continues in Canberra what government controls will be enforceable, will the welfare of the dogs be compromised? That, surely, is at the heart of this issue.

Richard Calver - March 4, 2021
0
"I knew that sparkling wine was supposed to be the drink that made you intoxicated faster. But I knew not the science." Here's what wine columnist RICHARD CALVER discovered...