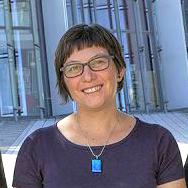 ACT Greens candidate and spokesperson on democracy Indra Esguerra says that following the ACT Greens announcement yesterday to extend the federal PokiesLeaks campaign to the ACT, the Greens have called on the Liberal and Labor parties to support a ban on all pokie donations.

“The Greens will always put people before pokies – in the Assembly and in the community. That means keeping profits from destructive poker machines out of political parties and out of our democratic processes,” Indra said.

“Earlier this year Four Corners reported that the Canberra Labor Club made $25 million from its poker machines last year and has channeled millions of dollars to an obscure associated entity, the 1973 Foundation, which invests in property and donates to Labor’s ACT branch.

“The Liberals aren’t unfamiliar with pokie cash either.”

Ms Esguerra has noted the community’s questions about whether it is simply coincidence that the NSW Liberal Government’s lock out laws excluded the Bangaroo casino – delivering the casino a windfall profit – after the Packer family donated hundreds of thousands of dollars to the NSW Liberal Party.

“With the NSW Liberals funnelling their political donations through the ACT’s more lenient donation laws, money from big developers and poker machines is flowing through Canberra’s political parties.

“Why should the community trust the Liberal and Labor parties when they are taking cash from pokies, big developers and big corporate interests?

“Canberrans deserve better. Putting the community first means not only standing up to clubs, the casino and the Liberal and Labor parties to get real pokie reform; it means making sure it’s the community – not the gambling lobby – that our politicians are listening to.”