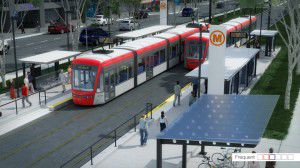 THE Greens have announced the final plank of their transport plan.

“The Greens are putting the community first and making it easier to walk, cycle, and use public transport across Canberra,” said Veronica Wensing, ACT Greens spokesperson for women and social inclusion.

“We know that women are less likely to cycle and face harassment both on the streets and our roads. Part of transforming our city into an active travel capital means making sure women and children can feel as confident as men travelling around our city.

“We need facilities that work for everyone – women, people with disabilities and people of all ages. That’s why we’ll commit to seeking out best practice design and standards that maximise the health benefits of active transport.

“We’ll create an Active Travel Office and employ an Active Travel Coordinator to make sure we have the right infrastructure, that people know it’s there and feel confident about getting out and using it,” Ms Wensing said.

ACT Greens leader Shane Rattenbury said this announcement was the final component of the Greens’ vision for transport in Canberra.

“At this election, the Greens are putting forward a vision – and a plan – to make Canberra a city that works for the community, not just the other way around.

“So far we’ve seen a Liberal party addicted to roads at the expense of the sustainable transport we need, and a Labor party that talks the talk on an active, connected Canberra but still fails to properly invest in walking and cycling infrastructure.

“We’re committed to a light rail network that’s powered by clean energy, integrated with our buses, and connected to bike and walking paths.

“Every aspect of our plan will work together to make it easier to get around Canberra,” Mr Rattenbury said.

Helen Musa - May 13, 2021
0
From inflatable sculptures to a new south-coast literature event and a unique Dali exhibition, it's all in arts editor HELEN MUSA's arts round-up.