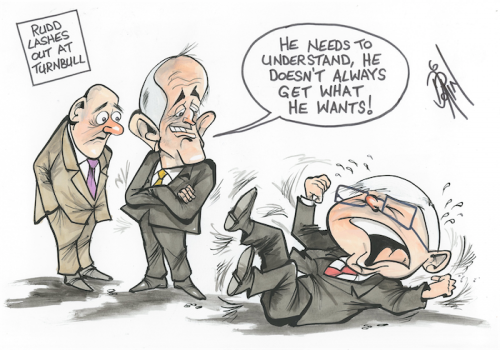 TRAVEL in its many and varied forms dominated the news cycle this past week as the local electoral office revealed 141 candidates (with men outnumbering women two to one) seeking our votes in next month’s ACT election.

CM Andrew Barr’s first international flight brought 240 visitors and home-comers from Singapore, then headed out under glowering skies to Wellington. Great for Canberra’s travellers but will the arrivals be as numerous as the departures? That’s the $64,000 question.

LIB Leader Jeremy Hanson and deputy Alistair Coe promised to widen Northbourne Avenue for a “rapid transit corridor” that would allow buses to zip down the road faster than the Barr-Rattenbury tram, “and at a fraction of the cost”.
Indeed, the tram seems the one great issue dividing the parties; and it was not a good week for the light-rail advocates.
Our own “CityNews” ran a devastating analysis by John L Smith, chairman of CanTheTram, who pointed out that the government was using it to subvert the Walter Griffin plan for decentralised major town centres providing jobs and services to the surrounding population. Instead, we’d have light rail “corridors” lined by multi-storey buildings converging on Civic. That’s a very different Canberra from the one we know and love. Perhaps it’s the 21st century way, but well worth a vote before we head down that road (or corridor).

THE Greens want the best of both worlds. The Gungahlin tram was their idea, and now they’ve announced $132 million for more “clean energy” buses to connect it to the ACTION network and hang the expense.

MEANTIME, the newly-formed Forrest Residents Group protested against a $70 million hotel complex on the old Italo-Australian Club on grounds that it’s not really suitable to their refined tastes. All part of Canberra’s evolution – the north all “get-up-and-go”, while the south cultivates its “heritage”.

OVERSEAS, PM Malcolm Turnbull made much of John Howard’s heritage in border protection by keeping out those pesky refugees from the wars he and his mates George W. Bush and Tony Blair visited upon the Middle East. Malcolm then used it to savage Kevin Rudd and justify his refusal to nominate the former PM for UN Secretary-General. A ravaged-looking Rudd replied in kind… while Australia averted its eyes in embarrassment.

ACTING PM Barnaby Joyce pursued his personal political pork barrelling in moving the Australian Pesticides and Veterinary Medicines Authority from Canberra to his own electorate in Armidale. He’s not only hiding the $272,000 cost benefit analysis, his department is now chasing office space for the Authority’s 175 public servants, hardly any of whom have agreed to move!

SPEAKING of shameless, Labor playing politics over the proposed same-sex marriage plebiscite does no one any credit. They want Turnbull to defy his right wing and bring on a free vote in the House. Clever politics, or too clever by half? The ball’s in Turnbull’s court.

FINALLY, a thousand thanks to editor Ian Meikle for taking charge of “Seven Days” while we flaunted “Hamilton Hume” at writers’ festivals around the country and the book clocked up its fifth reprint. We’re back on the road shortly but this time will be taking the column along for the ride. Hey-ho, Silver!
robert@robertmacklin.com