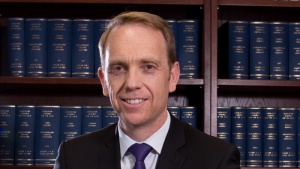 “Dr Helen Watchirs OAM will take up the new role of President of the Commission and will continue in the role of Human Rights Commissioner,” Simon said.

“Mr John Hinchey will be appointed as Victims of Crime Commissioner within the Human Rights Commission and will have the task of promoting victims human rights while also delivering key services as the administrative head of Victims Support ACT.

“Ms Jodie Griffiths-Cook, who is currently the Queensland Public Advocate will take up the position of Public Advocate and Children and Young People Commissioner and will bring a background in psychology, non-government community sector work as well as experience developing and leading innovative disability and community services programs.
Mr Graeme Inness has been appointed to a three-month contract to assist with the establishment the new role of Discrimination, Health Services and Disability and Community Services Commissioner. This will allow the government to finalise a permanent appointment to this office.

“The government thanks the outgoing commissioners, Mr Alasdair Roy and Ms Mary Durkin for their service to the ACT community in their commissioner roles.

“Mr Roy has made a significant contribution to the ACT public sector, giving children and young people an important platform to express views and concerns and establishing strong links with the child and youth sector.

“Ms Durkin has built a robust and fair health services complaints process and worked effectively across government and with Australian health regulators. She has been a fiercely independent oversight office holder, promoting a high level of accountability in the provision of health, disability and older peoples’ services in the territory.

“Both outgoing commissioners have shown integrity, dedication and professionalism in their work.

“The government welcomes Ms Griffiths-Cook who will bring a fresh perspective to the commission and new ways to make the commission more accessible and flexible, while upholding the respected and collaborative position that the commission has developed within government as an independent statutory office.”

The Protection of Rights (Services) Legislation Amendment Act 2016 was passed in the Legislative Assembly on 9 February 2016 following a review of statutory oversight bodies. The Act created the position of president of the commission and brought the Public Advocate and Victims of Crime Commissioner into the commission. 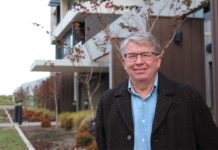