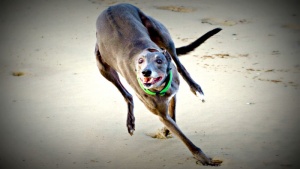 NSW will become the first Australian state to shut down greyhound racing after a Special Commission of Inquiry found overwhelming evidence of systemic animal cruelty, including mass greyhound killings and live baiting.

The ACT dog racing is done under the auspices of NSW and so would appear to also be shut down.

NSW Premier Mike Baird and Deputy Premier and Minister for Racing Troy Grant announced today that the NSW Government is acting to protect animal welfare as a priority, and is planning for an orderly industry shutdown as of 1 July 2017.

Mr Baird and Mr Grant released the report of the Special Commission of Inquiry into the Greyhound Racing Industry in NSW, which found that between 48,000 and 68,000 greyhounds – or at least half of all greyhounds bred to race – were killed in the past 12 years because they were deemed uncompetitive.

The report states up to 20 per cent of trainers engage in live baiting and 180 greyhounds a year sustain “catastrophic injuries” during races, such as skull fractures and broken backs that resulted in their immediate deaths.

Inquiry Commissioner Michael McHugh has recommended the NSW Parliament considers whether the industry had lost its “social licence” to operate and should be shut down. If the industry continued, his alterative recommendation is extensive reform including tighter regulation, but Mr McHugh stated there was a “very real risk” that practices such as live baiting would continue.

“As a humane and responsible Government, we are left with no acceptable course of action except to close this industry down,” Mr Baird said. “This is the inevitable conclusion to be drawn from the appalling revelations in Mr McHugh’s report and his considered view that any other measures are unlikely to protect animals from further cruelty.”

Mr Baird said the Government will announce a detailed industry shutdown plan during the second half of 2016 following consultation with stakeholders in industry and animal welfare organisations.

The transition plan will set a path for the winding down of the industry as of 1 July 2017, and will include:

Mr Grant said he asked Mr McHugh to leave no stone unturned and thanked him for delivering a comprehensive report that shone a light on sickening animal mistreatment.

“NSW is the first Australian state to ban greyhound racing but, as Mr McHugh notes, we are following in the footsteps of so many jurisdictions across the United States and the world which have banned greyhound racing to protect animal welfare,” Mr Grant said.

The Government will prepare and consult on legislation to be presented to Parliament to cease the industry’s operation and to appoint an administrator for Greyhound Racing NSW.

A summary of key findings and observations of the inquiry are attached and the Commission of Inquiry’s report is available at: greyhoundracinginquiry.justice.nsw.gov.au

“CityNews” is seeking comment from the ACT Government on local ramifications and will update this page accordingly.

UPDATE: Shane Rattenbury says now is the time to act:

ACT Greens MLA, Shane Rattenbury, has welcomed an announced from the NSW Government that they will shutdown the NSW greyhound racing industry from July 2017.

Earlier this year the ACT Greens and RSPCA ACT called for an end to the greyhound racing industry in the ACT, following the release of damming evidence from RSPCA investigations about prolific cruelty and live baiting practices.

“Greyhound racing is an outdated industry that promotes the exploitation of dogs, endorses cruelty to animals and encourages problem gambling,” said Mr Rattenbury.

“This is huge news from the NSW Government and a step that the ACT must immediately follow. We don’t need to wait for NSW to commence its wind down; the ACT should move to shut this industry down now.

“The ACT Government supports the greyhound racing industry to the tune of $1million per year. This funding should cease immediately.

“It is completely unacceptable for our Government to financially prop up this cruel and inhumane industry and I have previously called on both the responsible Minister and the Chief Minister to put an end to the funding.

“Today’s announcement from the NSW Government means that the ACT industry is now even less viable given that the NSW regulator also oversees elements of the local industry.

“The ACT has a proud history of progressive animal welfare reform and it is time we lived up to this standard and banned greyhound racing in the ACT now,” concluded Mr Rattenbury.

FURTHER UPDATE: The Chief Minister’s office has produced this statement:

We agree with the NSW government. There is no future for this industry in the ACT. We will consider the findings of the NSW report before announcing a process to end the practice of greyhound racing in the ACT.

The findings from the Special Commission of Inquiry into the NSW greyhound racing industry are damning. The widespread animal cruelty uncovered in the Inquiry, along with the assessment that the industry is not capable of reform, has led the NSW Government to take the significant decision to end the industry in NSW.

The ACT Government is deeply concerned by the findings of the inquiry. In particular, the continued practice of live baiting and the mass killing of greyhounds by NSW based trainers. A significant number of trainers that race in Canberra are based in NSW. The Government cannot continue to support an industry that is turning a blind eye to the sort of behaviour and cruelty uncovered by the Special Commission of Inquiry. It is untenable for the ACT Government to continue allowing, and financially supporting the practice of greyhound racing.

Before this announcement by the NSW Government, we had begun developing Terms of Reference for a review into the Government’s MOU with the ACT Racing industry, which is due to expire in June of 2017. The urgent review into the Special Inquiry Report will also consider the implications of ending the greyhound racing industry in Canberra.