THERE are 600,000 trees lining our parks and streets and almost nothing is being spent on our urban forest, arguably the most valuable asset in the ACT. 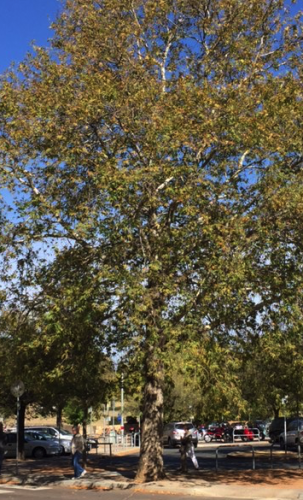 No formative pruning of new trees is taking place, virtually no pruning or even removal of dangerous trees. This is all part of Territory and Municipal Services’ “Safe and Sustainable Trees in the Bush Capital” plan, sub-titled “Urban Trees Asset Management Strategy 2005-2022”.

A comprehensive ANU study of Canberra’s street and park trees shows that large numbers of these trees are at the end of their safe life. They are in serious decline and the study anticipates the situation will “dramatically magnify” in the next 10-20 years.

It goes on to say: “Whilst older trees are more costly to prune and maintain current ACT funding is only sufficient to respond to maintenance requests from the public and does not provide a systematic inspection and maintenance of trees”.

Canberra is not a garden city, it is a treed city with an amenity value of Canberra’s street and park trees calculated in 2015 to be around $1.1 billion. Trees are vitally important in the urban environment to help combat climate change.

And yet, despite this, we continue to pour millions into the National Arboretum at the expense of the urban forest.

In the last couple of years, I understand the ACT government allocated a further $26m over three years to continue planting on a site totally unsuitable for rare exotic trees.

The original figure quoted for the setting up of the Arboretum was $6.4m. How many ratepayers realise that figure is well over $70 million and growing as the trees are dying?

Despite a one-off grant of $20m from the Federal Government can we, as ratepayers, continue to support this dying white elephant?

In a talk to the Horticultural Society of Canberra in about 2003-04, it was indicated that it was estimated 900,000 people would visit the site annually with an entry fee of $20. This, it was estimated, would make the project largely self-sustaining. So why was the decision made to have free entry resulting in the ratepayers of Canberra carrying the can?

It is reported that 1000 trees had died last year and the results of a recent review are soon to be known. Arboretum patron Jon Stanhope is quoted as saying he hoped “the review into the health of the trees would be released publicly”. We hold our breath!

This review should report on more than the health of the trees. It’s time the community was told of the true picture of the total costs, including pruning, the maintenance of the watering system and the massive ongoing cost of mowing etcetera.

One of the first plantings was 850 Wollemi pines from a highly protected area in the Blue Mountains with protective vegetation, good rainfall, virtually no frosts and occasional snow.

Planting on the side of a hill exposed to hot winds, poor soils in the extreme and without adequate watering was suicidal for trees.

ANU Forestry professor, Peter Kanowski, reported at that time “a quarter of these planted the year before were now dead”.

He went on to say “things went off the rails – something has gone wrong” and that the “site was not the world’s best site for growing trees”.

That’s exactly why pine trees were planted in the first place and close together to encourage tall, straight trees for the logging industry, surviving on poor soils with minimal rainfall.

In 2008, Ron Gray, past president of the Horticultural Society of Canberra, and I were upset to discover that the green shadecloth covers were reinstalled after the dead Wollemi were removed.

A worker at the site told us “when people are travelling along the Parkway it would give the appearance that all the trees were still in place and growing”. Gray described the site as a “hospice for trees”. It would appear nothing has changed?

However, many other totally unsuitable rare trees have been and continue to be planted with little chance of their long-term survival.

In a recent press report veteran forester Peter Marshall said that as a result of  “poor management, lack of planning, and overplanting” the entire Arboretum will be dead within 10 years unless drastic action was taken.

Not many people realise the entire planting is watered by drip irrigation from numerous storage tanks, with water carted from the Lower Molonglo Treatment Works.

I understand the system has had and is continuing to have constant failures. While artificial watering of new trees is perhaps acceptable, it is unsustainable to have the whole forest of large trees being watered this way.

It is suggested that replacement trees will be planted to fill the gaps. To keep the concept of the grid patterns this would mean planting in the same holes where the trees died. Not a very good idea!

In summary, we should call a halt to any further planting at the Arboretum and try and keep alive the trees already planted, then direct some of the millions from the Arboretum to properly maintain our existing, most important asset, our urban park and street trees.