IT’S ALMOST time for ‘The Outback Crown’ to be fought-over at the Southern Cross Club—for the sixth time.

‘American’, Sharon quickly points out to “CityNews”, is a style of dancing more akin to the Fred Astaire and Arthur Murray tradition than the showy ‘Dancesports’ which corner the market in dance competitions. Sharon’s motto is “dancing is the magic that happens between the steps” and she says all dancing is “partner-driven”, though a key difference between American and Dancesports is that in American, you can let go of your, allowing for more development in contemporary  dance.

Big news this year is the acquisition of Toni Redpath, choreographer from “So You Think You Can Dance”, as champion judge. Redpath  is the Aussie dancer who hit the high spots in the US having, with husband Michael Mead, won the Open Championships in the United States Dance Championships 4 years in a row before retiring from competition to teach from their studio in San Diego.

“Citynews” was alerted to the dance competition from an unexpected source. Classical guitarist Matt Withers, it turns out, has been dancing with his wife Emma Coughlan for several years, training at Danzon. ”For someone who used to have two left feet it’s been Incredible to combine the love of music and rhythm and put that to physical use—and it’s great socially,” he says. 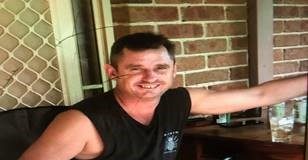