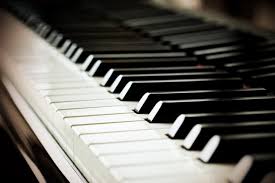 Encompassing a full   340 performances from 115 competitors in 54 sections.   The event director is Di Miley, and the adjudicators are Anne Stephens and Kristian Chong.

Stephens studied under Larry Sitsky at the Canberra School of Music and has gone on to teach and perform widely including at the English National Opera and the Royal Opera House, Convent Garden.  Chong is one of Australia’s leading pianists and has performed throughout Australia and the UK, and in China, France, New Zealand, Singapore, Hong Kong, Taiwan, USA and Zimbabwe. His competition successes include the Symphony Australia Young Performers Award (keyboard) and the Australian National Piano Award. Kristian currently teaches piano and chamber music at the University of Melbourne.

The Speech and Drama Eisteddfod starts a week later, running  from  September 10 to 12, also at Ainslie Arts Centre.  This encompasses a range of sections including poetry, individual and group drama, public speaking, prose, religious readings and speech choirs.

The Eisteddfod season will conclude with the Choirs event on September 16-17.  Over 1,000 singers will take part, in 36 school and community choirs from Canberra, Queanbeyan, Newcastle and Sydney.  Each session of the Eisteddfod concludes with comments by a specialist adjudicator and presentation of awards.

The event will culminate with the Australian Choral Challenge on Saturday September 17, commencing at 6.30pm in Llewellyn Hall.  Tickets will be available from the door or the Eisteddfod office.

THE 2016 Australian National Eisteddfod’s Piano   Eisteddfod is running now until September 4, full details of this and the following events are  at nationaleisteddfod.org.au