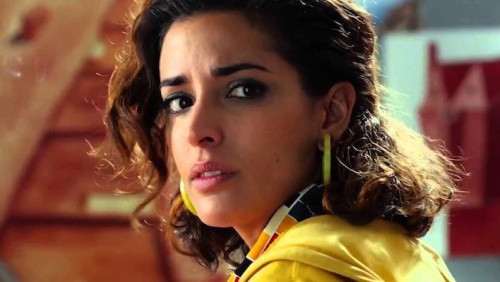 Middle-aged Julieta and her partner Lorenzo are on the verge of relocating from Spain to Portugal when they meet Beatriz, once the closest friend of Julieta’s daughter Antia whom Julieta hasn’t seen for more than a decade. When Beatriz tells Julieta that Antia, married with three children, now lives in Switzerland, memory’s floodgates open for Julieta – her relationship with the Galician fisherman Xoan, Antia’s growth to adolescence, Xoan’s death at sea in a storm and Julieta’s hope that Antia, who never returned from a vacation with Bea’s family, will eventually reconnect with her.

Simple stuff, these events, a woman dealing with complex emotions flowing from events over which she has only limited control. But “Julieta” is none of a chick-flick, weepie nor tirade against fate handing her a raw deal. Its story combines credible dramatic elements balanced with wonderful visual values enhancing the delivery of its dramatic ebbs and flows.