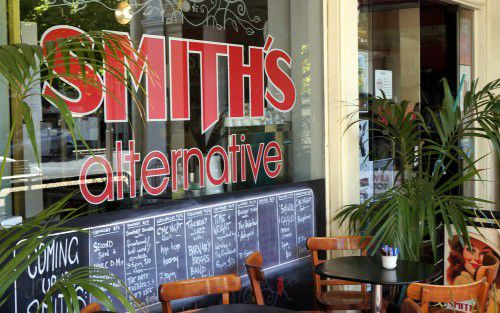 DEMOCRATS Abroad Australia, an official arm of the Democratic Party outside the United States, has launched its campaign to help Americans citizens living abroad to nominate the U.S. Democratic Party’s Presidential nominee.

A spokesperson for the group said any Democrat living abroad can take part in the Global Presidential Primary by joining Democrats Abroad via its webpage or the dedicated voter registration/ballot request tool, VoteFromAbroad.org. Membership is free.

There are two opportunities for Americans in Australia to vote in the Global Presidential Primary:

After March 8, the votes of Democrats living in over 190 countries worldwide will be counted. Any candidate receiving 15% or more of the primary votes cast will be awarded delegates in proportion to their support in the Global Presidential Primary.

"CityNews" has checked that this process is indeed sending delegates to the Democratic nominating convention and received this reply:

Democrats Abroad holds a combination of regional and worldwide caucus meetings from April 12-May 13, 2016, to choose who will be the delegates to the Democratic National Convention. These meetings will culminate in Democrats Abroad's Global Convention in Berlin on May 14-15, 2016.

Democrats Abroad will send a total of 21 delegates to the Democratic National Convention. The thirteen elected delegates (from 3 regions, Americas, Europe, and Asia Pacific) will be pledged to a candidate. Eight more will be Democrats Abroad's members on the Democratic National Committee. These eight delegates each have half a vote, therefore giving Democrats Abroad a total of 17 delegate votes at the convention. A detailed summary of the process of selecting delegates as well as our Diversity Program for those who wish to run to be a delegate can be found at our new website, democratsabroad.org.

Anyone that is a member of Democrats Abroad can run to be a delegate.

It is an admittedly complicated process - and full details can be found at: