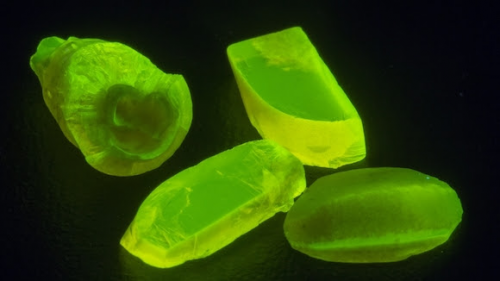 SCIENTISTS at the Australian National University (ANU) have found a new way to store quantum data long enough to share the information around a next-generation internet, which promises to be impervious to hacking.

The team, at ANU, used a rare earth element, called erbium, in a crystal to increase the storage time of telecom-compatible quantum memory by 10,000 times compared to previous efforts.

Lead researcher associate Prof Matthew Sellars from the ANU Research School of Physics and Engineering says the improved storage was an important part of a viable quantum internet.

“The effort to build a quantum computer is often described as the space race of the 21st century,” says Dr Sellars.

“Our work will allow us to build a global network to connect quantum computers.”

Erbium has unique quantum properties and operates in the same bandwidth as existing fibre optic networks, eliminating the need for a conversion process.

“We have shown that an erbium-doped crystal is the perfect material to form the building blocks of a quantum internet that will unlock the full potential of future quantum computers,” Dr Sellars says.

“We had this idea 10 years ago, but many of our peers told us that such a simple idea couldn’t work. Seeing this result, it feels great to know that our approach was the right one.”

“At the moment researchers are using memories that don’t work at the right wavelength, and have to employ a complicated conversion process to and from the communications wavelength,” says Dr Ahlefeldt.

“This can be inefficient, and means they have to do three very difficult things instead of just one.”

First author and PhD scholar Milos? Ranc?ic? says the new technology can also be operated as a quantum light source or used as an optical link for solid-state quantum computing devices, connecting them to the quantum internet.

“Our technology can connect with many types of quantum computers including CQC2T’s silicon qubits and superconducting qubits, which Google and IBM are developing,” says Mr Ranc?ic?.

The work is published in “Nature Physics”.