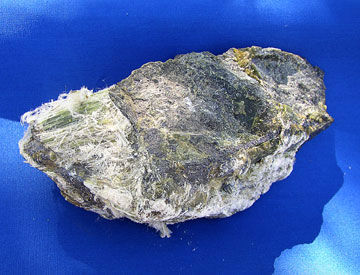 THE final report, as part of the Australian National University’s ACT Asbestos Health Study, found living in a Mr Fluffy house is associated with an increased risk of mesothelioma in men.

The study looked into the health impacts of people who have lived in a house with loose-fill asbestos, known as Mr Fluffy insulation.

Study leader Dr Rosemary Korda says although there is an increased risk of mesothelioma in men, the risk of contracting mesothelioma is low.

“We found that the rate of mesothelioma in men living in Mr Fluffy homes was two and a half times higher than in men not living in these houses,” says Dr Korda from the ANU National Centre for Epidemiology and Population Health (NCEPH).

“There were no mesothelioma cases among women.”

The study covered the period from November 1983 to December 2013 and found around 17,000 people had lived in a Mr Fluffy house in Canberra, representing 1.7 per cent of the population.

In total, 285 current and former residents of the ACT were diagnosed with mesothelioma over the study period. Only seven of these residents had lived in a Mr Fluffy house before their mesothelioma was diagnosed.

Chief investigator associate Prof Martyn Kirk says the higher rates of mesothelioma among men who lived in Mr Fluffy homes could be due to men doing more of the repairs or renovations.

“It may be that men were more often entering the roof space of their house, where there was loose-fill asbestos, or making renovations to their house,” he says.

However, he says the higher rates of colorectal and prostate cancer might not be due to asbestos exposure.

“These results were somewhat unexpected and may be due to unavoidable limitations in the design of the study, rather than exposure to loose-fill asbestos insulation.”

Co-researcher emeritus Prof Bruce Armstrong from the University of Sydney says it would be useful to extend the study to include more years of data, and to possibly extend it to other Australian jurisdictions.

“Using Medicare data to identify people who had ever lived in specific houses in the ACT was novel and provides an excellent new way of doing research into the effects of people’s residential environment on their health,” he says.

Loose-fill insulation was installed in more than 1000 Canberra homes between 1968 and 1979.

In 2015, the ACT Government in 2015 commissioned the ANU National Centre for Epidemiology and Population Health to undertake a two-year study to improve understanding of the health risks of Mr Fluffy loose-fill asbestos insulation.

The study can be found at http://nceph.anu.edu.au/files/ACTAHS_DataLinkageStudy_15June2017.pdf

CityNews - April 12, 2021
0
A prescribed burn along the Cotter River today (April 12) is being conducted to better protect the Cotter Water Catchment.