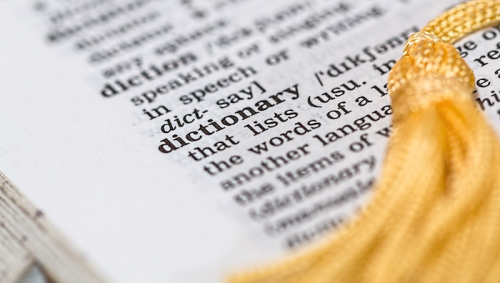 WHEN the words “Kiwi” and “Aussie” are blended together, Australia gets the Australian National Dictionary Centre’s Word of the Year for 2017, according to its director Dr Amanda Laugesen.

Dr Laugesen, who is based at ANU, says “Kwaussie” was used to describe the most high-profile casualty of the crisis, Deputy Prime Minister and National Party leader Barnaby Joyce.

“He revealed to parliament in August that, despite being born and bred in country New South Wales, he was also a New Zealander by descent,” she says.

“He was described as a ‘Kwaussie’ – what you get when you cross a Kiwi who can’t decide whether they’re a Kiwi or an Aussie,” she says.

“Subsequent evidence suggests its use is predominantly Australian, found chiefly in social media, and also found with spelling variants including ‘Kwozzie’ and ‘Kwozzy’.

“Thanks to the two ‘Kwaussies’ identified as ineligible to sit in parliament, Barnaby Joyce and Greens Senator Scott Ludlam, the term is now becoming better known.”

“Kwaussie” was chosen from a shortlist reflecting many of the events which shaped Australia’s political, cultural and social landscape in 2017.

“In a time of covfefe, fake news, and tweetstorms, the Australian National Dictionary Centre has looked for a word of the year that is both lexically interesting and Australian,” she says.

Michelle Grattan - November 27, 2020
0
The question is whether, pushed by international forces and the approach of an election, Morrison will adopt the target ahead of the Glasgow climate conference late next year, writes political columnist MICHELLE GRATTAN.