MEMBERS of Canberra’s artistic and multicultural community have been saddened to learn of the death last Friday of writer and former producer of the Multicultural Festival, Kabu Okai-Davies, after a battle with cancer. 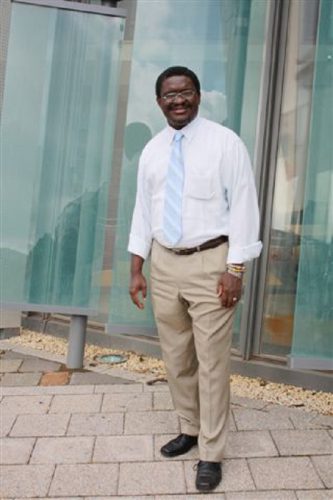 Okai-Davies, a familiar face in the pages of “Citynews”, had made a name for himself in recent years as an author, whose publications included, “Curfew’s Children based on his experiences growing up in Ghana, a collection of short stories called “Evidence of Nostalgia and Other Stories” and two poetry books, “The Long Road to Africa” and “Symphony of Words”.

He has appeared at cultural festivals around the country focusing on the arts of Africa and was last year a chosen panellist on RN’s “African Book Club”.

Producer of the Multicultural Festival back in 2008 and 2009 and a staffer in the Office of Multicultural Affairs, he first came to Canberra to take part in the festival with a play about AIDS, written while working as the founder and producer of African Globe TheatreWorks in Newark, New Jersey. He later made Canberra his home and raised his family here while continuing his love affair with theatre, appearing in production at The Street Theatre.

All the while Okai-Davies was writing, once telling “Citynews” he would not have succeeded “if Australia had not provided me with the sense of cultural confidence, comparative distance and reflection to tell my story”.

After completing his Masters at ANU and and a doctorate in at the University of Canberra,  he was honoured with the 2015 Alumni Award for Excellence, Faculty of Arts and Design, at UC, later becoming a Visiting Fellow in Writing – School of Arts and Humanities at ANU.

He based his novel “Curfew’s Children” on his PhD thesis, depicting in it “the contradictions of the current conditions of life in Africa that has imposed a curfew on itself through authoritarian rule”. A champion of literature on African subjects, he was able to publish the book when members of the African and Australian community pre-purchased and sponsored the work.

In a short story published last year, “The Birth and Death of a Nation”, his narrator says, “as I roamed the streets of the world. I dreamt of making fishers of men, disciples of democracy, inventors and innovators of industry. My mind flustered, rattling with ideas, filled with schemes on how to transform nations addicted to tradition and lead them into new kingdoms.”

Kabu Okai-Davies died on Friday, February 17,  the eve of the 2017 National Multicultural Festival. He is survived by his wife Pauline and their children Sika and  Elom.