IF there was one thing that yesterday’s (July 26) Arts Value Forum at the Canberra Theatre made loud and clear, it was that Canberra’s arts community needs a voice.

All arts practitioners feel that what they do matters, but there’s a problem proving it, especially in the climate where even meagre expenditure in the arts quickly draws accusations that it’s taking money away from worthier things like hospitals and education, while lavish allocations in sport never rate a whimper.

The Arts Value Forum went some way towards helping participants get the message across. But the message to whom? And what has been going wrong?

Hosted by the Childers Group and the Cultural Facilities Corporation and organised by musician and arts advocate, Dianna Nixon, this businesslike event was staged in The Link of the Canberra Theatre and in various spots around the complex as attendees broke into separate groups for themed discussions around specialist presenters. It attracted a line-up of 20 presenters, artists, CEOs, board and committee members who make up the arts scene in the ACT.

Leigh kicked off with a sketch of Chief Minister Andrew Barr’s vision of a future Canberra that would be “one of the most liveable inclusive cities in the world”, where arts would have a part to play.

The keynote speaker was the livewire chair of Regional Arts Australia and self-styled “social change hairdresser”, Kate Fielding from Boulder WA, whose humorous, plain-speaking style helped prove that some apparent “enemies” of the arts were actually friends without knowing it.

Along with other speakers, she alluded to the recent findings from the third National Arts Participation Survey, which, among other surprises, suggested a 98 per cent participation rate in the arts for Australians – meaning that the arts detractors comprised only around 2 per cent and that, if persuaded to look at the arts in the right way, they might find that they valued them more than they thought.

This same survey suggested that there was monetary value in the arts too, which contributed far more to the economy than retail, employed more people than mining, and promoted well-being.

“The arts are more powerful than anything medicine has to offer,” Fielding said.

And, she says, while value is not necessarily monetary, people can become a stronger advocates for the arts if they know why they value them, but the secret is to approach people who are hostile to the arts as friends and above all, to “listen well”.

Fielding was followed by Indigenous artist Jenni Kemarre Martiniello, who presented a succinct summary of the traditional Arrente template for living well, based on five principles that could be summarised as land, dreaming and law, family and community, spirit, and care.

“We are all custodians, no one is isolated or stands alone,” she said.

CEO of CraftACT, Rachel Coghlan enthusiastically talked up her organisation’s big success, DESIGN Canberra, a festival underpinned by art and artists that had seen visitation figures of 69,000 last year, $70,000 dollars in income generation and a total of 100 sponsors providing 75 per cent of the total budget. Considering that most craft artists earn $10,000-$18,000 a year that wasn’t bad – “when art reaches out broadly, it’s able to build,” Coghlan said.

Next up was Natasha Cica, now the CEO of Heide Museum of modern Art in Melbourne, who turned attention to “the value of beauty”. As am ANU arts law graduate and former legal adviser to the Federal Government, she lamented the fact that globally politics and law had become degraded as she argued the beauty in arts and culture could help us rebuild. Pointing to the legacy of “Heidi” founders, John and Sunday Reed, Cica defined beauty as the enchantment, provocation and surprise that could be found in the arts — “something that moves us”.

Turning to facts and figures, Michael Chappell, CEO of the business “Culture Counts”, deplored the common attitude that the arts always mean “expenditure from which [there is] no return”. Outlining a system for evaluating the impact of the arts, he said we needed evidence-based value stories and the development of a more exact language – words like policy and excellence, for instance, were too general. “The arts are behind the 8-ball,” Chappell, said.

In marked contrast, choreographer and dance activist Padma Menon spoke of dance as a “tool” for human rights and well-being, even though she admitted that the latter term has been commodified. Expressing the hope that beauty in art would not be abandoned just because it couldn’t be evaluated, Menon said she hadn’t come into the arts or money, asking “why can’t some things not be measured?”

Quoting journalist Alison Croggan, Padma said: “We’re forcing the arts into discourses of economics and health, but it’s not the full picture”.

The fact that the arts could provide both dangerous and contemplative spaces was well understood in Aboriginal and Indian cultures and people could do worse than take a leaf out of their books.

ANU philosopher Desmond Manderson wound up the formal session with a provocative presentation suggesting that we needed to rethink social structure, arguing that Instrumental logic wants us to reduce everything, while “Art is about treating objects as if they are subjects”.

Questions arising from the session chaired by researcher and commentator Stephen Cassidy, included whether the arts were being usurped by economics, the idea of arts as a tool of contemplation and the notion that the arts are not claiming enough.

It may be, as Menon suggested that there was a whiff of déjà vu in the proceedings, but as it broke up into separate discussions featuring practitioners applying the arts to health, economics and social identity, it was plain that a new generation of art activists, such as those seen in the recently formed Canberra Art Action Group, would have to relive the arguments for themselves—the forum was a good start. 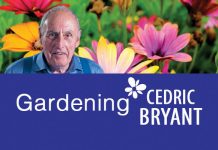