IN the lead-up to the start of Super Rugby in 1996, the expectation was the Brumbies would go okay but would be overshadowed by NSW and Queensland.

The side was a mix of local players such as George Gregan, Joe Roff and Steve Larkham, complemented with the likes of David Knox, Ewen McKenzie and Brett Robinson.

Despite the early predictions, they became one of the most successful Australian teams in the professional era, making the final in only their second season and laying the platform for two premierships.

The Brumbies start the 2017 season with similar expectations to that side of 1996. Five Wallabies – Pocock, Moore, Tomane, Toomua and Lealiifano – are missing from the side which made the finals last year. Add to this the loss of Robbie Coleman and the injury to Tomas Cubelli and, on the surface, the cupboard looks bare.

I remember well a bonding session with the Brumbies in Jindabyne in the lead up to the start of the 1996 season. I came away impressed by the self-belief within the side. Many people outside Canberra had questioned why there should even be a team here in the first place!

The 2017 Brumbies face a similar predicament with many questioning if they will be competitive. Like the team of ’96, there are many unknowns. It’s a new-look halfback, fly half, inside centre combination. The loss of David Pocock leaves a huge hole, but the hope is that it can be covered by Chris Alcock.

If anybody has the ability to draw on the experience of 1996 it is Steve Larkham. He was playing second grade for the Canberra Vikings a year before the Brumbies started. Larkham proved that, given a chance, anything is possible.

It is hoped the Brumbies of 2017 have the ability to create their own history.

That was a theme established at the Raiders last season by coach Ricky Stuart who was keen to draw on the past.

He had ex-players from the Raiders’ three premiership-winning teams speak to the current generation. History can be quite daunting and overwhelming, but Stuart was able to turn it into a positive for the players.

The Raiders this season now have to deal with a different kind of expectation, one where we are all expecting them to do well.

JUST on a couple of issues I have written about in the past six months: 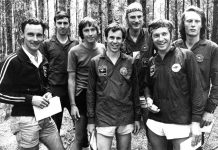 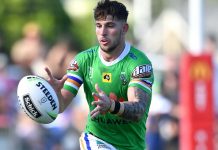 Offender returns to court after fleeing to Victoria… twice