IS there a more disconcerting image than high-school-age students struggling to swim 50 metres during a school swimming carnival? 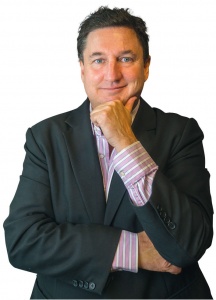 In fact, some of them battle to show any semblance of being able to swim at all.

This summer, every time the radio is turned on, it seems another drowning is reported. These are tragedies that can really be avoided.

These drownings have occurred under a variety of different circumstances with one report suggesting that there have been 22 in NSW since December 10.

The unfortunate total includes an increase in the number of people drowning in inland waterways. It is a statistic that is starting to rival the road toll, yet we don’t seem to have the same sense of urgency in addressing the problem.

I acknowledge, in some instances, alcohol has been a factor and that is a totally separate issue. Deaths have also occurred in very shallow water bodies, such as backyard ponds and wading pools. And, yes, rips and currents also play their part in a number of deaths, with many individuals not seeing the danger until it is too late.

Given our proximity to the coast, there needs to be a surf lifesaving component in learn-to-swim programs that also helps individuals “read” the conditions as well as understand how they should respond in difficult situations. Additionally, our own waterways need to be understood.

With this in mind, I am grappling with the reasons why it is not mandated that every Canberra child needs to be able to swim at least 50 metres before they leave primary school. 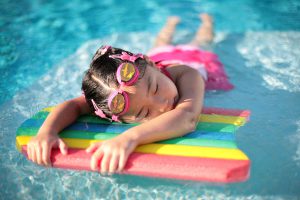 Swimming lessons exist in the ACT school system, but from my observation it appears to be ad hoc at best. It is virtually up to the individual parent or school to decide if children are going to be taught how to swim.
Some parents have cited the cost of lessons as one of the reasons why they haven’t enrolled their children in learn-to-swim programs. Another reason is cultural.

The Victorian government has mandated that, from the start of term one this year, every child will have to swim 50 metres before they leave primary school. It will be an integral part of the curriculum.

It has created a headache for schools though, with the cost of the lessons estimated at around $80 a year per student to be absorbed by the school without any additional funding from the government. This cost per student doesn’t include bus hire and the additional burden on school staffing and timetabling.

It is not an easy task, but it is an important undertaking that could save lives.

If the same program is to be used in Canberra schools it really needs the support of additional government funding. It is surely a life skill that can’t continue to be overlooked.

Andrew Mathieson - March 5, 2021
1
An ACT senator has given his blessing should the territory determine it wants to cut legal ties with the Commonwealth government.