IN Canberra, we tend to profile those who achieve in sports in which we are familiar: the four football codes, basketball and cycling come readily to mind.

What if I told you that Canberra was the home of a world champion in the sport of freestyle motocross?

His name is Harry Bink, he is 23 years of age and he grew up in Canberra. He went to Gold Creek Primary, then Gold Creek High School before being part of the first intake to Gungahlin College.

He started a school-based apprenticeship in carpentry, but in the back of his mind he was thinking about becoming a motocross champion since seeing the Showtime FMX riders at the Royal Canberra Show when he was just four years of age. It ignited a passion for the sport that still exists.

He practised doing flips on wood chips at Palmerston. He rode motocross in the ACT as a junior. In fact, he was Rider of the Year for the ACT Motorcycle Club in 2010.

Harry and school mate Ty Botham built their own ramp using metal from a local scrap yard on a farm on Spring Range Road near Hall.

His father Paul says at that time he thought Harry’s goal was a pipedream.

“I let him take the initiative and build it and, once I saw how keen he was, I gave him a hand,” he says.

Harry’s family has a motorsports background and is well aware of the costs and pitfalls.

Paul says he made sure Harry had something to fall back on if the motocross dream didn’t eventuate. As such, Harry started a school-based carpentry apprenticeship before convincing his family that he was able to make a living in motorsport.

At 17 he was doing backflips on his bike and, by 18, performing at the Royal Canberra Show. At 19 he was offered a job performing at Movie World on the Gold Coast before clinching a contract to strut his stuff for Nitro Circus.

The Nitro series is big business, a made-for-television event, taking riders throughout the world performing seemingly impossible tricks on a motocross bike. It is hard work; planning needs to be meticulous, you must be incredibly fit coupled with the ability to maintain control while flipping an airborne motocross bike.

To say it’s dangerous probably doesn’t do the sport justice. To complete a jump and win a rider needs to perform what appears to be a gymnastics act or platform diving while attached to a bike high in the air.

At this year’s Nitro World Games, in Salt Lake City, Harry approached the start line having finished fourth the year before. He crashed on the first attempt. The second went exactly to plan and  Harry won the FMX Best Trick world title with a move described as the hardest ever attempted in freestyle motocross.

The focus for Harry was clear: “I wanted to win, I had a vision, I had a goal and I did my homework, and I figured if I did a ‘rock solid front flip’ it could win it,” he said.

At the start of the second and final run he says: “I took a deep breath, gave it everything I had and pulled it off”.

He became the first rider to complete a “rock solid front flip”, a manoeuvre that sees the rider, propelled in the air after riding at speed up a giant ramp, complete a somersault while holding on to the bike and landing without crashing.

The danger of the sport is not lost on Harry.

“It’s dangerous, you have to pick your battles. There are times when you have to be very smart and ride to the conditions, there are so many things that can go wrong,” he says.

It would appear not too much is going wrong for Harry at the moment as he pursues a dream ignited at four years of age at the Royal Canberra Show. 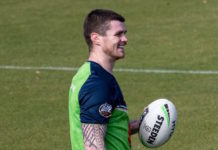 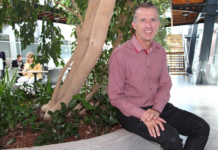 Ian Meikle - July 13, 2020
0
"Seven Days" columnist IAN MEIKLE has been trying hard not to write about covid, but then came the cold shudder of Melbourne; the towers, the lockdowns, the border closures, the infection numbers. But we're okay, right? Wrong. Then came Canberra.

Do we need an inquiry into suppression versus elimination?