IT is, without a doubt, the best hamburger (with “the lot”) in Australia.

I speak, of course, of the magnificent comestible created by the lady of the house at the only take-away in Tallarook, a couple of kilometres off the wondrous Hume Highway.

We found ourselves there recently while returning from Kilmore – another repository of splendid Aussie cuisine – where I’d given a talk to the Victorian Historical Society on my book “Hamilton Hume – Our Greatest Explorer”. But this was the first chance my wife Wendy and I have had to explore the highway named after my hero.

And we had no idea of the splendid provender that awaited.

It began on the outward trek at Gundagai where we stopped for lunch at the famous Niagara Café, with its booths unaltered since Prime Minister John Curtin dined there in 1942. Their hamburger and chips (accompanied by a latte with an extra shot) and Wendy’s freshly fried potato scallop and calamari, were just the ticket to restoke the fires and take us to our overnight stop in Wodonga.

We called by the tourist information office where Jenny Allen directed us to the Quest Hotel, which provided a great apartment for only $97. We reached the Huon Hill restaurant by an internal bridge across the road. And there, alas, we had the only disappointing meal of the entire trip – whiting that tasted like chicken nuggets and Wendy’s “rigatoni” that better resembled her mum’s beef stew. The good news is that when we mildly complained they dropped both mains from the bill without a second thought (the chef was off that day).

We called by the Chiltern, 30 kilometres away, for breakfast where the bakery rustled up a scrumptious, freshly baked ham and cheese croissant each with hot, long blacks.

Kilmore hove into view about lunchtime so, buoyed by our breakfast bakery experience, we popped into Kilmore’s finest and sampled two more of the splendid meat pies from my long love affair with the unique Australian snack.

In fact, it was more like a meal and kept us going through the afternoon at our B&B arranged by the Historical Society.

That evening we toddled into town and there discovered a chinese noodle shop that served the most fabulous laksa curry I’ve ever tasted – creamy-rich, spicy, filled with fresh veggies and yummy noodles, it was more than enough to take us through the night till we attacked the B&B kitchenette with its selection of cereal, toasting bread and local jams and spreads.

Then came the talk which went pretty well – lots of books signed and sold – before we headed back north; and by 1pm, feeling more than a little peckish, we came to the Tallarook exit. And since we’d grown up with the phrase that “things are crook in Tallarook”, we couldn’t resist checking it out.

It’s a charming little village with a pub, a post office and one general store-cum-take-away. And that’s where the lady of the establishment put together her magnificent hamburger of meat patty, fresh lettuce, thick tomato, sliced onion, bacon, egg, tomato sauce and (of course) beetroot between two firm buns held together by a cocktail stick.

Heaven on a stick.

On our way through Chiltern when heading south we’d noticed a restaurant-bar called The Vine and that was our destination that evening. So after checking into the splendid Colonial Motel and walking through the town – which has barely changed since 1880 – we settled in at the restaurant. There we feasted on an entrée of delicious “cone prawns” followed by mouth-watering sticky pork for me and sweet chilli chicken with stir fry veggies and rice noodles for Wendy… and all washed down with a glass or two of the local vino.

Next day we made it to Jugiong, boyhood home of Richie Benaud and site of the famous horseback duel between the bushranger Johnny Gilbert and police sergeant Parry, which is memorialised in the main street by a local sculptor.

It was Mother’s Day and the newly renovated pub, the Sir George, was bursting at the seams with some 500 visitors from as far afield as Canberra. Little Jugiong has turned into a fashionable watering hole and food mecca. There’s even handicraft and kitchenware shops that would not look out of place in South Yarra.

We stayed the night at the local motel where cheek by jowl sheep, cattle and a big Tamworth pig amused the neighbours’ kids as we enjoyed the sunshine of the motel courtyard.

Next day we were home in 90 minutes, but here’s the thing: with one single exception it had been a gourmet’s delight. That magnificent memorial to Hamilton Hume is not just a thoroughfare anymore – it’s a tourist attraction in its own right and you glide between destinations on a highway as good as any in the world…

Next stop the gym! 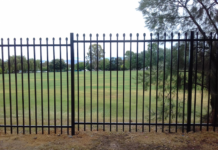 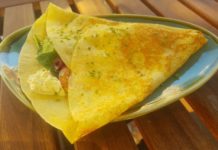