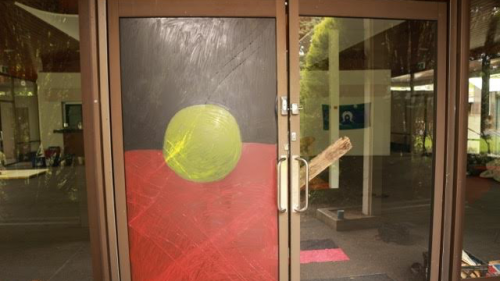 A MAN, part of the indigenous group calling itself the Landlord Ngunnawal Custodians who are occupying the empty Lobby restaurant in Parkes, has been arrested after failing to leave.

At around 9.30am today, November 9, police negotiated a peaceful resolution with the man but he refused to leave and was taken into custody. He was charged with failing to leave a Commonwealth premise when directed to do so.

This all came to the attention of police on Sunday, November 5, when they were advised that about five people were occupying the building, which is located on crown land.

A meeting was conducted that afternoon, where the owners of the building gave permission for the people to remain in the building until a scheduled meeting on November 8.

ACT police were advised that permission provided to the group to remain in the building had been removed and were asked to restore the building to an unoccupied state.

The man was released on bail to face court in December 2017.