THIRTEEN years ago Meg Nuttall’s father was diagnosed with cancer and since then, 42-year-old Meg – the “ordinary mother of two” – has raised about $330,000 for numerous cancer charities.

“Nothing prepares you for it, it’s the biggest shock when they’re gone,” Meg says.

“For the first couple of weeks I would still pick up my car keys and go to drive to the hospice.”

Despite it being an emotional time, Meg is undeterred. The Fitness First Australia, pro cycling head coach is training to ride from Hotham in Victoria via the ferry to Hobart in Tasmania in the 1270-kilometre 2017 “Tour de Cure” between March 24 and April 1.

Meg’s love for cycling came from a “crazy bet” with one of her best mates who suggested that they could complete an “IRONMAN” triathlon. Which they did.

“I then started racing triathlons and “XTERRA” (off road triathlons) across Australia and overseas,” says Meg.

“After breaking my leg at ‘XTERRA World Championships’ my run was not great so I focused on cycling and won many 24-hour, team mountain bike events.

“Now with a couple of kids my passion is fulfilled through cycling charity events.”

This will be Meg’s second “Tour de Cure”, but this time it won’t be the same.

Last year, Ray watched Meg ride along the “Tour de Cure” route from his hospice TV, proudly pointing her out to anyone who would listen.

Even though he won’t be around to watch Meg this time, Ray asked her to keep riding for charity.

“It’s different for me now because everything I’ve done up until this point has been to fix my dad, to make him better,” she says.

After watching her dad deteriorate from a vibrant, healthy, amazing individual to a body in a bed, Meg doesn’t believe anybody should have to go through the same. And neither does “Tour de Cure”.

The tour consists of 120 riders and 35 support crew-members who donate $10,000 to local cancer projects in each overnight stop.

“One place we went to, a young kid had a rare cancer, and at another place the facilities weren’t great,” Meg says.

“Some places they need to fly in specialists. It makes you really appreciate what you have here in Canberra.

“But it’s still not enough.”

Meg wants to see her 6-year-old son Logan and 3-year-old daughter Levi grow up in a world where cancer is curable.

She says: “I feel obligated to fight for a cure, to improve quality of life for generations to come.

“Most people don’t get involved in charities until the disease actually impacts them personally.

“People need to get involved before then.”

Meg’s engagement as an advocate, raising funds has made the very personal journey of her dad, her family, including her husband and kids, and herself extremely public.

She says at times, it has been fantastic especially when small victories were shared with the community but then, on the dark days, it was really difficult.

But it was on those dark days that Meg realised the overwhelming compassion from the people in Canberra.

“I was born and bred in Canberra and the support from the local community is incredible,” she says.

For anyone going through something similar Meg says: “Spend as much time as you can with them.

“Take as many photos and videos. Get your kids to spend time with them. Skype them or Facebook.”

With “Tour de Cure” only months away Meg is determined to raise as much money as possible.

She says: “I think what I do is just a drop in the ocean, I’d like to make an enormous impact, I’m not done yet.” 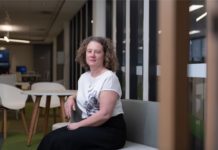 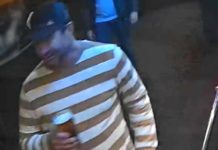