TWO men spotted stealing the safe from Domino’s in Fyshwick led police a merry dance before escaping in a stolen white van. 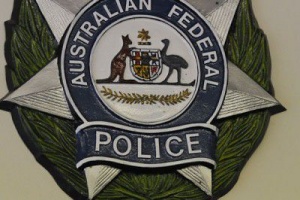 At about 6.55am yesterday morning (December 30) police responded to reports of two caucasians attempting to steal a safe via a window.

The men’s van (YKA69R) had been stolen from a business in Fyshwick.

While fleeing the scene, the men drove at police and twice collided with police vehicles.

Driving erratically, often on the wrong side of the road, they were seen in the vicinity of Fyshwick Markets, Wentworth Avenue and Kings Avenue.

Police are calling for anyone who may have seen or have dash-cam footage of the van driving erratically in the above areas to call 131444.

Additionally, anyone who noticed anything suspicious, no matter how small, in the Yarralumla or Fyshwick areas between 1am-8am on Saturday 30 to call 131444. Alternatively, information can be provided anonymously to 1800 333000 or via the Crime Stoppers ACT website.