AFTER realising that a long-planned career in medical science wasn’t for her, Emma Batchelor decided to give in to her love of fashion, follow her passion and create her own online magazine.

The quarterly “Leiden” magazine has just turned one and Emma, 28, says she’s equally thrilled by the success of the project so far and exhausted by it, being glad she didn’t know exactly what she was jumping into at the start.

Emma says she took a bit of a winding path to get to where she is, having studied medical science and immunology at uni and then falling into writing for a local online blog.

“I’d always wanted to do something with fashion but I was good at science and maths at school so I felt I should go with that and get a proper job,” she says.

“For a few years I kept doing the next logical thing and not really what I wanted to be doing, and I let myself get carried away doing that.”

Emma says that fashion has always been important to her as a way to express her personality and present herself to the world.

“My grandparents are tailors, my mum used to sell party plan clothes and my brother and I are both dancers and I loved all the costumes we wore when we were young,” she says.

“I’m so happy to be doing this, even though it’s hard and I work long hours, getting up at 5.30am to work on ‘Leiden’ before going to my job, then I come home and work until bedtime, as well as attending events three or four times a week.”

With readers as far afield as Sydney, Melbourne and the US, Emma says most of the content is pitched to women between 20-35, and that her focus is on making fashion accessible and inclusive.

“I’m very conscious that fashion can be used as a club, like you’re only cool if you’re wearing this or if you don’t look a certain way you’re not cool enough,” she says.

“I’d like ‘Leiden’ to be open to what is cool, what is interesting, what is style, to represent a wider ideal of fashion and be more inclusive.

“It’s been bigger and better than I even expected, because I had no idea what to expect and I just thought, this will be great.

“I’m easily the busiest I’ve ever been but also the happiest, because I’m finally doing what I want to be doing and I’m where I want to be.”

Emma says “Leiden”, named for the town in the Netherlands where she lived as a baby, is about fashion, beauty, health and fitness at its core, but has broadened into culture, lifestyle, events, careers and relationships.

“It’s interesting how it’s expanded over the year – we now have more than 37 contributors and I’m receiving submissions all the time,” she says.

“It’s a lot of people to manage and, as we’re not generating an income at the moment, I feel privileged to have so many people willing to give their time to contribute to this.” 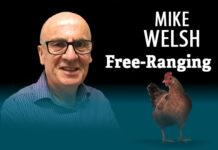 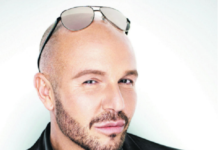 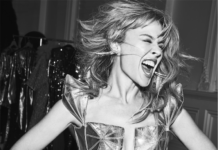