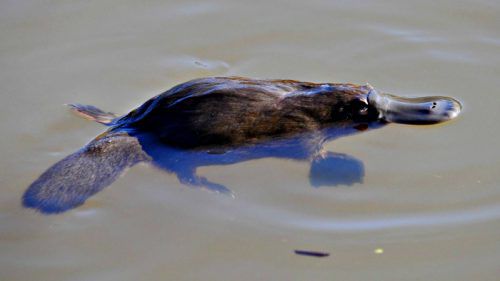 LATE winter is the ideal time to spot platypus and because of this Waterwatch is calling on spotters over August, which is Platypus Month, to count platypus around Canberra.

“The annual survey gives Waterwatch an understanding of platypus numbers in rivers and creeks around Canberra and the surrounding region,” says regional Waterwatch facilitator Woo O’Reilly.

“It’s not their presence or absence that we’re looking at but rather the density of animals we find in a given stretch of river.”

There will be 16 surveys conducted in August, which will take place from 7.30am for one hour at various locations including Jerrabomberra Wetlands, Molonglo Reach and on the Murrumbidgee River near Cooma. Around 10 volunteers are needed per survey.

“Anyone can help with the surveys. You don’t need any experience. Just bring warm clothes, binoculars and a watch or phone and we will supply survey sheets on the day,” says Ms O’Reilly.

The platypus is a shy animal so often thought to only live in remote areas. In reality though, they can be found in many rivers and creeks in the ACT region. They have even been spotted in Lake Burley Griffin.

“This year we have added the lower Molonglo River below Coppins Crossing to the list of survey sites. A number of Waterwatch volunteers have seen platypus there and we would like to gain a better understanding of that population,” says Ms O’Reilly.

Waterwatch is partly funded by ACT Healthy Waterways, a joint initiative of the ACT and Australian governments to improve the quality of water entering Canberra’s lakes and waterways and flowing downstream into the Murrumbidgee River system.

Waterwatch will also be hosting a free walk from the Isabella Street footbridge in Queanbeyan at 8am-9am on Sunday, August 20.