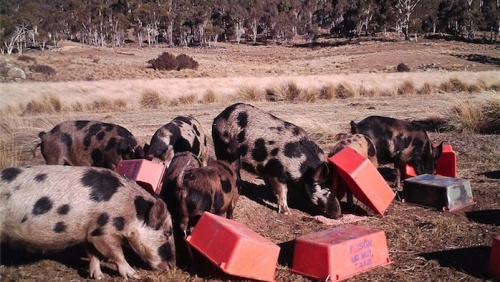 NEARLY 300 pigs have been culled so far in Namadgi National Park as part of the annual pig control program led by the ACT Parks and Conservation Service.

ACT Parks and Conservation director Daniel Iglesias says the feeding behaviour and wallowing of pigs can have a significant impact on sensitive, high ecological value areas like the sphagnum bogs and montane streams within the water catchment of Namadgi National Park.

“Feral pigs cause substantial environmental damage. When feeding, pigs ‘root’ or ‘rip’ up areas of vegetation which can damage wetlands, stream banks and areas of intact native vegetation. They can also spread weeds.”

Which is why, Mr Iglesias says, an annual large scale control program to manage feral pig impacts, has been carried out in Namadgi since 1985.

“Since the program has begun, monitoring has indicated that both the numbers of pigs and damage within the park has been significantly reduced,” he says.

“This year we have expanded the control program beyond Namadgi to also work collaboratively with 20 rural landholders in southern ACT to achieve coordinated cross-tenure pig control.”