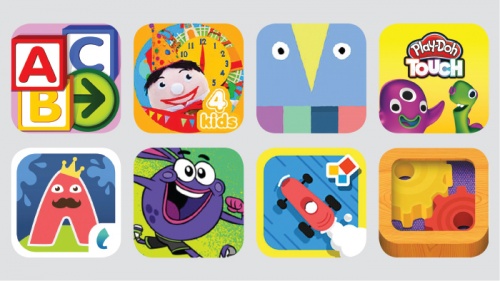 APPROPRIATE educational apps can prepare children for life in an increasingly digital world where the availability of apps is growing every year.

Concerns about the negative effects of technology are not new. In the past, television, VCR’s, computers, laptops and PlayStation have each been labelled as potential destroyers of the natural order of childhood through media overuse. But the easy availability of apps has made this topic a hot-button issue.

The main concern is “screen time”. Sedentary use of digital devices, such as TV, computers and iPads, is associated with childhood obesity, poor verbal communication, damaging eyesight, the death of nursery rhymes or digital addiction.

Apps are often labelled as “digital babysitters”, used to give parents and grandparents a bit of adult time to prepare dinner or answer work emails or even sleep in.

While we acknowledge that extensive and unsupervised use of digital technologies may be harmful, not all screen time is equal in terms of outcomes for children.

For most children in the developed world, apps are a normal, everyday part of their life and will remain so. Apps are not new to young children. They interact with them in different ways to their parents and grandparents. Children use apps as a form of digital play.

The Australian government has invested in developing apps for children in the year before formal schooling under the supervision of a degree-qualified early learning teacher in a preschool service.

These apps are aligned with the Early Years Learning Framework. So, activities are underpinned by nationally-agreed educational policy for young children.

In 2017, the Early Learning Languages Australia (ELLA) program was expanded across Australia with $15.7 million to include more than 1800 preschools and 61,000 children. It supports the development of languages other than English through seven apps in seven languages. An independent report pointed to overwhelmingly positive feedback.

The Australian government is also providing $5.6 million over three years to pilot the development and use of apps to inspire young children in the areas of science, technology, engineering and mathematics (STEM).

The program called Early Learning STEM Australia (ELSA) will be piloted in 100 preschool centres across Australia in 2018.

Given this substantial investment, as well as the expanding use of apps by preschool children, parents and grandparents should consider how they might maximise the benefits associated with app use by selecting apps appropriate for young children.

Over the past five years, as part of a range of university research projects, we have explored hundreds of children’s apps. There are more than 260,000 “educational” apps available at the app store alone. So, to save valuable Christmas shopping time we suggest 10 appropriate apps for preschool children:

We looked for apps that form a bridge between digital and non-digital play and encourage children to develop literacy, numeracy, and STEM understanding in playful ways.

Apps then become digital toys to be used by children to design, create, build, investigate and imagine as they play.

Kevin Larkin is a senior lecturer in Mathematics Education at Griffith University and Kym Simoncini is an assistant professor in Early Childhood and Primary Education, University of Canberra. Both authors have received funding from the Australian Government to investigate quality apps.

This article was originally published on theconversation.com

Nick Overall - January 19, 2021
0
A seniors' choir with a love for music from the ‘40s and a passion for sharing them with the community, wants more seniors to join in on the fun.