THE schools’ program for “Sculpture in the Paddock” kicked off in fine style on Friday evening in a marquee at Shaw Vineyard Estate.

Excited children and their parents crowded into the marquee to see works in everything from plaster to stone and wire-netting former into ice creams, elephants, birds, flowers and more abstract shapes.

Hosting the opening was Michael Green, the principal of Mount Carmel College in Yass, whose students had enjoyed an intensive three days with professional teachers, experimenting with different media, learning how to install their art works and how to describe them.

Pupils also visited the Sculpture Garden at the National Gallery and the Sculpture Park at the ANU, giving them different ideas about what sculpture could be.

In Green’s view, ultimately, sculpture was about storytelling, but the whole venture, he said, had also been an exercise in community building throughout the region.

Arts identity Yass resident and long-time supporter of Sculpture in the Paddock, Evol McLeod, gave the keynote address, in which she described the artistic work in schools as “so important.” in her own experience, she said, the teachers who had influenced her  the most were the arts teachers.

“But we were not lucky enough to have artists to work with,” she said. 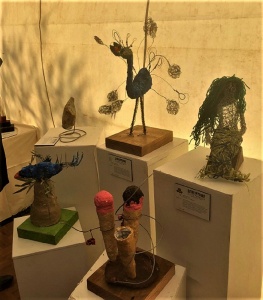 McLeod told those present of the very successful Messengers’ program at Tuggeranong Arts Centre, where in 2000 when she was director, a new program had been devised to counter school drop-outs. The idea was to help young people develop resilience and the program, still thriving, had been enacted in every ACT high school.

Sculptor and founder of the student project, Al Phemister, said that more than 180 schoolchildren   had been part of the program since its inception in 2015.

Vineyard owner Graeme Shaw stepped up to the mike to talk about the way in which the more ambitious young artists exhibiting now might one day aspire to showing works in the “big paddock”.

Schools’ program “Sculpture in the Paddock”, marquee Shaw Vineyard Estate, 34 Isabel Drive, Murrumbateman, open to the public 10am-5pm, until October 7. Most works are for sale. 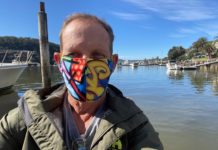 CityNews - August 10, 2020
0
Nine out of 10 ACT residents believe that the territory should have laws that enforce truthful political advertising, according to new research from the Australian Institute.