THE Australian Dance Theatre is returning to Canberra with another of director Garry Stewart’s fiendishly difficult yet breathtakingly beautiful pieces of choreography, “The Beginning of Nature”.

It’s a play on the title of Bill McKibben’s 1989 environmental text “The End of Nature”, which predicted the importance of climate change.

“My own justification for the title is that although we are in conflict with nature and we behave in unspeakable ways, we human beings are actually part of nature,” he says.

In other words, “The Beginning of Nature” is more about a redefining of nature.

“The central concept is how nature is comprised of rhythmical structures,” he says.

“There are rhythmic patterns throughout, if you consider the tides and the seasons and the patterns and the segmentation of bodies – look at the structure of a caterpillar or the pattern within a snowflake… we exist within a symphony of overlapping patterns and patternmaking is fundamental to humans and to nature.”
Transforming such ideas into dance is another matter. In one scene, he says, he has two dancers joined at the mouth, suggesting “mutuality”, while in another scene he recreates the oscillating rhythms of nature with waves created by the dancers’ hands and bodies.

“We worked on this for a long time, but not all the time,” he says, with a first-look performance at WOMAD in 2016 attracting more than 5000 spectators for a show then only 50 minutes long.

Stewart has made a purposeful decision not to have the work look like the choreography of Bangarra Dance Theatre’s Stephen Page. To be sure, the dancers are seen holding plants, sticks and rocks in their hands and there is the use of Aboriginal language, but their style is quite non-traditional.

“It has been challenging for the dancers,” he says.

“Typically, I train my dancers in contemporary dance, ballet, yoga and breakdance elements.

“My dancers are all quite forceful in the way that they dance; they have extraordinary power and mobility as well as technical expertise.”

An important element in “The Beginning of Nature” is the restitution of an Aboriginal language, that of the Kaurna people from the Adelaide Plains, which has been revived in the last two decades.

Kaurna and Narrunga man Jack Buckskin has collaborated with ADT to develop the score and libretto, which will be sung in Canberra by indigenous classical singers Karen Cummings and Heru Pinkasova in the Kaurna language. Composed by Brendan Woithe, the score will be performed by the Zephyr Quartet, recently seen here with “The Aspirations of Daise Morrow”.

Stewart says Buckskin, with the help of Rob Avery from Adelaide University and using 2000 words written down phonetically by German missionaries, learnt the Kaurna language and is still the only person who has fluency in it.

While the production resonates with Adelaide and its environment, it is also universal and it has been seen so far as far afield as Bogotá and Amsterdam, with plans to tour Europe and New York City. 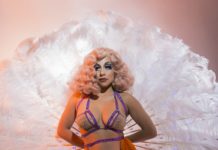 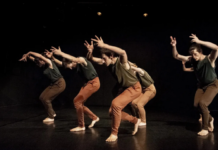 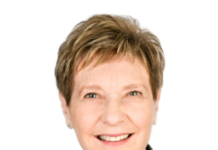 CityNews - February 25, 2020
0
A damning survey, obtained by Canberra Liberals, has found Canberra nurses, doctors and hospital staff do not have confidence in the ACT government’s management of the health system.