SINGER-songwriter and 2017 Young Canberra Citizen of the Year Lucy Sugerman is pink with excitement when she arrives for a “CityNews” photo-call at the Australian Academy of Science, but it’s not music that’s done it.

Sugerman, who turned 17 the day before, is thrilled to say that before meeting us, she mastered reverse parallel parking and passed her driving test, so she’s come to meet us in her own car.

Famous in Canberra as the youngest person ever to make it to the grand final of “The Voice Australia” and a familiar face at events such as  Reconciliation Day, Australia Day and the National Folk Festival, she’s now a year 12 student at Saint Clare’s College and can meet us because they have every second Tuesday off to study.

It’s a busy year and studies must come first. Sugerman is always being told that maths and music go together, but although she loves the subject, especially trigonometry, she says music is her first love.

She was classically trained on the violin from a young age and says: “The only thing I really do apart from school is voice and guitar.”

But she’s a quick learner and increasing familiarity with the media allows her to chat about how it was watching  "The Wiggles" that got her into music performance and how she once met her pop idol, Taylor Swift.

Now she’s facing one of her biggest challenges as she joins with Canberra Youth Orchestra’s director-conductor Leonard Weiss to learn the art of orchestration.

In late September she’ll perform with the orchestra pieces including David Bowie’s “Space Oddity”, which she performed on “The Voice”, and several of her own songs such as “Reach Daylight”, about refugees and “Believe”, an "angsty" break-up song. As well, she has orchestrated a new piece all by herself – it doesn’t have a title yet.

Weiss couldn’t be more pleased at this new direction for the orchestra, an idea inspired by a conversation with Stephanie Neeman, incoming director-manager of Music for Canberra, the orchestra’s hosting organisation.

“Stephanie suggested that the orchestra should be about engaging with young audiences, not just using young musicians to perform old classics,” Weiss says.

A movie-music tragic, Weiss has also programmed in song film scores by John Williams, including "Raiders March" from “Raiders of the Lost Ark” and the main theme and "Imperial March" from “Star Wars”, unaltered from the original films.

Sugerman, too, has been drawn in and Weiss reports that she has a good ear for the colour, sound and lush romanticism of film music.

“Lucy is a rising star in Canberra and this is a perfect way to use an artist who can speak to a young audience, he says,” adding that as a trained musician she has many ideas to bring to the orchestrating table.

With the end of year 12 looming, Sugerman can only fit in one to three hours a day for practice, but finds occasional time to perform local, private gigs, while working by email on a 2019 release with Universal Music.

Juggling school and music is never easy but her parents have been incredibly supportive. “Mum and dad come to every gig," she says.

Now she’s facing her biggest challenge, performing in Llewellyn Hall, a very different experience from TV work and the first time, she tells “CityNews”, that she’s ever performed with a "real" orchestra. 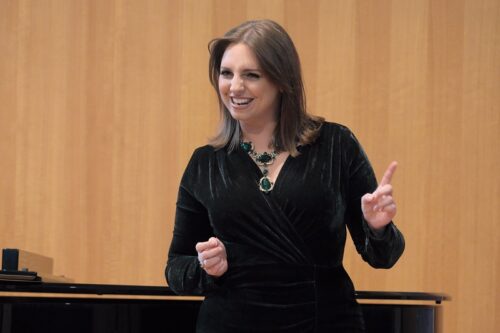 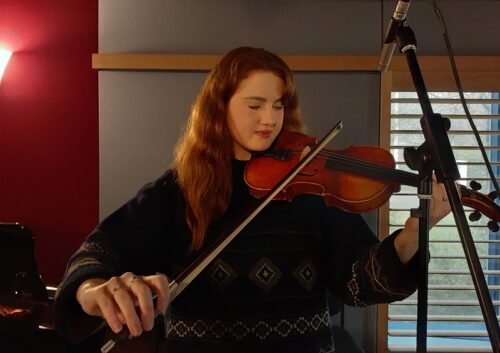