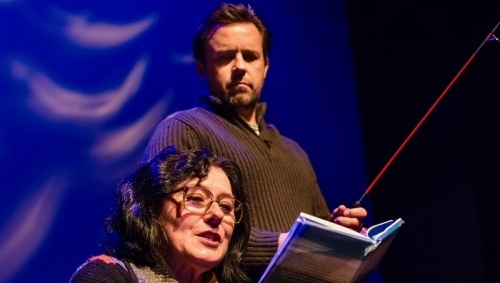 FORMER Queanbeyanite Mike Smith performs in Hannie Rayson’s classic play “Hotel Sorrento”, which captures the essence of family reunions when three sisters reunite. At The Q, Queanbeyan, until July 21. Bookings to theq.net.au or 6285 6290.

TOBY Cole’s Handel in the Theatre is inviting experienced singers to join the 2018 "Balcony Chorus" and be part of its performance of “Susanna”. The chorus brings extra power to key dramatic moments in the show. No auditions required but applications close this Sunday, July 22 to handelinthetheatre.com.au/balcony/ CANBERRA Sinfonia will launch as a joint venture between local classical music luminaries Leonard Weiss, Alison Mountain, Helena Popovic and Wesley Music Centre, with their debut concert this weekend. The debut performance, “Canberra Sinfonia performs Mozart & Schubert”, conducted by Leonard Weiss, will be performed at Wesley Uniting Church, Forrest, 3pm, Saturday, July 21. Bookings to trybooking.com or canberrasinfonia.com

“HAPPY Birthday, Wanda June” is “a simple-minded play about men” by satirist and sci-fi writer, the late Kurt Vonnegut. Directed by Cate Clelland in her 11th directorial role with Canberra REP, it’s at Theatre 3 from July 19 (preview) to August 4. Bookings to canberrarep.org.au to 6257 1950.

2017 “CityNews” Artist of the Year, dancer Liz Lea, is on the trail of the American interpretive dancer Ruth St. Denis in her own historical dance documentary that re-creates a 1926 journey through India. “On the Trail of Ruth St Denis” will be screened, preceded with a discussion by writer Michelle Potter, NFSA Theatrette, 6pm, Friday, July 20. Bookings to nfsa.gov.au

AUSTRALIAN “queen of comedy”, Fiona O'Loughlin will be here with a show featuring her greatest hits of comedy, a selection of the most popular stories and jokes from her career on stage and, now, her newest manifestation as "Queen of the Jungle". The Street Theatre, 7.30pm, Saturday, July 21. Bookings to thestreet.org.au or 6247 1223.

CHRIS Cheney (The Living End), Phil Jamieson (Grinspoon), Tim Rogers (You Am I), and Josh Pyke are reuniting for the 50th anniversary of The Beatles’ “White Album”. Songs will be performed in track order, starting with “Back in the U.S.S.R.” and closing with “Good Night”. Canberra Theatre, July 21. Tickets available for 4pm show only at canberratheatrecentre.com.au or 6275 2700.

THE National Film & Sound Archive of Australia is hosting the Brian Trenchard-Smith "Rarities Marathon" from 12pm to 12am this Saturday, July 21. The marathon will feature a number of screen gems, many of which never made it to cinemas. Bookings to nfsa.gov.au

FIVE of Australia’s most compelling voices will come together for a celebration of the music of Joni Mitchell in “Both Sides Now – Celebrating the Songs of Joni Mitchell”, where Kate Miller-Heidke, Ella Hooper, Wendy Matthews, Kristin Berardi and Rachel Gaudry, backed by a 12 piece band, will sing numbers such as “Big Yellow Taxi”, "A Case Of You" and “Both Sides Now”. Canberra Theatre, Friday, July 20. Bookings to canberratheatrecentre.com.au or 6275 2700. HOURGLASS Ensemble, featuring mezzo-soprano Susannah Lawergren is performing new Australian song cycles by Amber Evans and Richard Grantham, along with Mozart's Kegelstatt trio and other chamber works in “A Place in my Soul”. Wesley Music Centre, 2.30pm ,this Sunday, July 22. Bookings to eventbrite.com, or at the door.