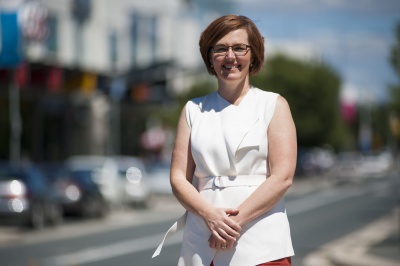 THE misuse and abuse of prescription medicines in Australia is a growing national concern, which is why the ACT government is introducing real-time prescription monitoring, says Minister for Health and Wellbeing Meegan Fitzharris.

Ms Fitzharris says Canberra doctors, pharmacists and other medical professionals will be able to protect people from misusing drugs under a new Bill introduced to the ACT Legislative Assembly today (May 10).

“The reforms introduced by this Bill are aimed at supporting safe and appropriate prescribing and dispensing of medicines in the ACT and keeping people safe,” she says.

“At the COAG Health Council earlier this month I had an opportunity to talk to other health ministers about this issue, and it’s clear there must be a nationally consistent real-time prescription monitoring scheme in Australia. Until larger states are on board, such as NSW, cross border issues will remain.

“But in the meantime, the ACT is taking action to do more to ensure people are using prescription drugs safely.”

This legislation will enable ACT Health to implement an extension to its existing Drugs and Poisons Information System (DAPIS) that the Health Protection Service has been using since 2014. The proposed extension, named the Drugs and Poisons Information System Online Remote Access (DORA), will enable health professionals to check what monitored medicines have previously been prescribed or supplied to a patient.

“DORA can also help doctors to identify risks early and refer patients who are experiencing signs of addiction to the most appropriate treatment.”

The Bill includes privacy protections and disciplinary pathways to protect against unlawful or inappropriate access to the database, or unlawful use of information from the database.

“Following the passing of the legislation I also propose to make a regulatory change to require pharmacists to report data daily, instead of the current 7 day period,” she says.

While the scheme won’t be mandatory for doctors, Minister Fitzharris says the government will talk to medical professionals over the coming months to determine if this is the best approach.