A FEMALE restaurant employee was robbed of her car by a woman with a large kitchen knife in Erindale last night (November 29). 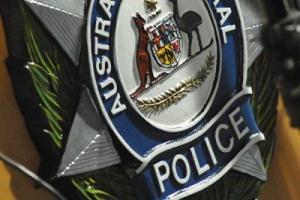 Police are seeking witnesses to the alleged aggravated robbery that occurred around 9pm when a female employee of a restaurant located on Denigan Street was sitting in her car parked a short distance from the restaurant.

Police say the driver was approached by a woman armed with a large kitchen knife, demanding her phone and the vehicle.

The driver fled to a nearby service station and the alleged offender left the scene in the woman’s vehicle.

The alleged offender is described as a young woman, about 5’9” (175cm) tall, with blonde hair that was tied in a ponytail.

The stolen vehicle is a purple 2015 Mitsubishi Mirage with registration YKT52Y.

Anyone who witnessed the incident or who may have any information should call 1800 333000, or via the Crime Stoppers ACT website. Information can be provided anonymously.