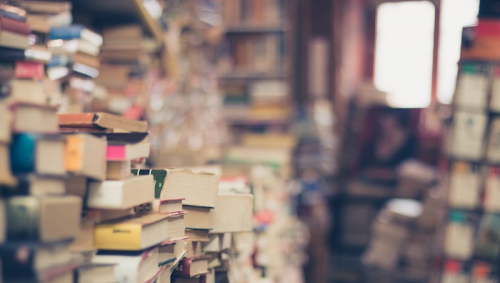 A RESEARCH project from ANU has uncovered more than 21,000 forgotten novels, novellas and short stories, including thousands of unknown Australian works, published in newspapers in the nineteenth and early twentieth centuries.

The collection includes seven rediscovered titles from well-known writer Catherine Martin, author of the acclaimed 1890 novel “The Australian Girl”. Five of the seven lost titles have been combined to form a new book titled “How I Pawned My Opals and Other Lost Stories”, which will be released on Thursday, March 1.

Lead researcher associate Prof Katherine Bode said the titles had been lost because in the nineteenth century, works of fiction were primarily published in newspapers due to the high cost of producing books. Since most of these works were never catalogued or turned into books, they were lost.

The project saw all 21,000 works uploaded to an online database called “To Be Continued” where people can read through the works. But, the sheer volume of entries mean that only a fraction have been read. Dr Bode is now calling on interested members of the public to help get through the work.

“There may be the new Miles Franklin or Marcus Clarke lurking in there that we don’t know about.

“Using the database you can export the text and put together your own first edition of an Australian novel that’s never been published before, and anyone can do it.”

Dr Bode said the works stood out as being uniquely Australian, with authors such as Old Boomerang and stories about bushrangers and cricket.

“There are some real gems,” she said.

“The Catherine Martin works are amazing. She was a very early Australian feminist writer so the stories are all about feisty young women, living in Australia or Europe, in the 19th century. They’re quite romantic, she’s very witty and funny and has a great turn of phrase.

Dr Bode said the project was conducted by automatically analysing the digitised versions of nineteenth and early twentieth-century newspapers on Trove – an enormous online resource run by the National Library of Australia.

People can visit the project and search, read, correct, add or export the works by visiting “To Be Continued – The Australian Newspaper Fiction Database” at cdhrdatasys.anu.edu.au/tobecontinued/ . Launch event information via anu.edu.au/events/uncovering-the-true-history-of-australian-literature