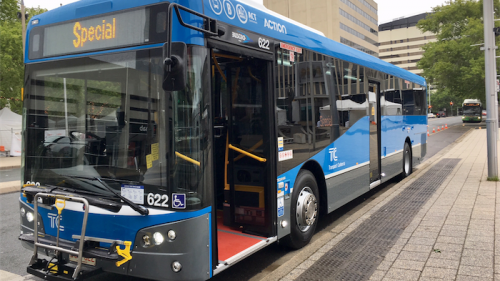 COMMUTERS will have to wait until later this year to see the ACT government’s new bus timetable.

The new timetable, which starts early next year, will see 37 changes across the 58 routes in the regular network and an added 78 school services.

Minister for Transport Meegan Fitzharris says the new network will see a rapid service from Tuggeranong to Belconnen.

Ms Fitzharris says there will be services at least every 15 minutes along 10 rapid transport corridors from 7am-7pm, Monday to Friday, continuing into the evening with less frequency.

Sunday and public holiday service times will also be extended to 10pm.

And, to get more people using public transport, Ms Fitzharris says the government will be providing a month of free travel on the new network for MyWay card users.

Shadow Transport Minister Candice Burch says while many school children will still be left without a dedicated bus service, the Labor-Greens government’s backflip on its radical bus overhaul is a win for many Canberra commuters.